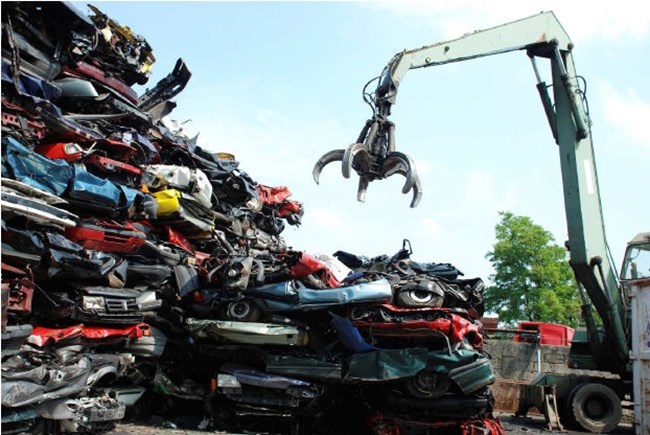 The government is believed to be planning a new car scrappage scheme to boost EV take-up and the economy, according to reports.

It is thought the scheme would be announced next month, according to the Daily Telegraph, with Prime Minister Boris Johnson named as the architect of the scheme.

It suggests up to £6,000 could be offered to anyone trading in an old petrol or diesel car for a new electric model. It's believed that this would include the grant currently available for electric cars.

The move is aimed at encouraging private new electric car purchases and help boost the economy, which has hit the buffers during the Covid-19 pandemic.

The previous government-supported car scrappage scheme ran in 2009 and 2010, and required manufacturers to match-fund the government's £1,000 discount on each vehicle.

Vehicles more than eight years old qualified for the scheme, which could be exchanged for any new car, with the old car officially scrapped and certified as destroyed.

Details of the new scheme are expected early in July, and so far there is only speculations on how it would work.

Edmund King, president of the AA, welcomed the news, although suggested it should be part of a wider investment in the electric vehicle sector.

Fiona Howarth, CEO of EV consultancy Octopus Electric Vehicles, said: "It's essential for the government to implement this incentive as it is critical to drive change. The upfront cost of electric vehicles can still be seen as a barrier, despite the low lifetime and running costs. With lockdown bringing huge improvements in the quality of the air we breathe, this would solidify the government's commitment to our health and the future of the world we live in.

"Consumers who want to switch to greener driving can be put off by the more expensive initial outlay for an electric vehicle compared to petrol or diesel. But by reducing this cost, EVs will become more affordable and dramatically increase uptake.

"We have a once in a lifetime opportunity to enact change. We have seen the effects of fewer drivers on the road and how much healthier our air is as a result. In 2019, around 100 people every day were losing their life due to poor air quality. The government can really make a difference and save lives by encouraging the switch to clean, electric cars. If we wait until lockdown eases, drivers will return to their normal routines and perhaps forget the long term benefits of what we have seen during quarantine."