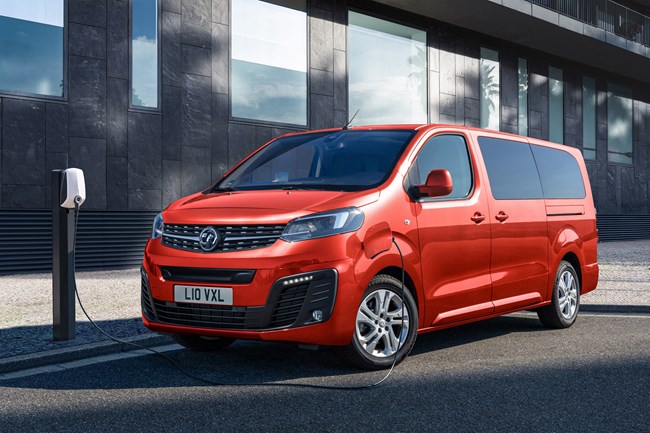 The three PSA brands have each launched a nine-passenger version of the electric van design that is shared between Peugeot, Vauxhall and Citroën.

The Vauxhall Vivaro-e Life, the Peugeot e-Traveller and Citroën Ë-Spacetourer are three versions of the same all-electric nine-passenger van-based MPV. All feature a 50kWh battery pack that offers 143 miles of range on the WLTP cycle.

As dedicated MPVs like the VW Sharan, Ford Galaxy and Citroën C4 Spacetourer are falling out of favour, manufacturers are increasingly offering passenger versions of their vans to replace MPVs. Those three models are the only full-size MPVs still on sale in the UK, with the Sharan facing an uncertain future after the identical Seat Alhambra was axed.

Modern vans are increasingly refined and good to drive, and are spawning electric versions. The trio of PS van-based people carriers is powered by a 136hp electric motor, and the underfloor battery can be charged from either a wallbox using a 7.4kW charger or optional 11kW charger, or from a rapid charge point at 100kW. At 7.4kW, a full charge will take 7.5 hours and at 110kW an 80% can be achieved in 30 minutes.

The Vauxhall and the Peugeot are offered in two lengths: 4.95m and 5.30m. The Citroën is only available as a short version. All three are 1.90m tall, allowing them fit in most car parks and making them ideal as hotel shuttles.

Inside, they feature a 7in touch screen, which can include navigation with traffic information and charge point locations. Other available technology features include a head-up display, automatic emergency braking and a reversing camera.

The three vehicles are essentially the same, with just styling details to differentiate them. Prices have not been announced yet, but will be very similar for all three. They will also have some differences in the availability of certain options and the configuration of the equipment grades.