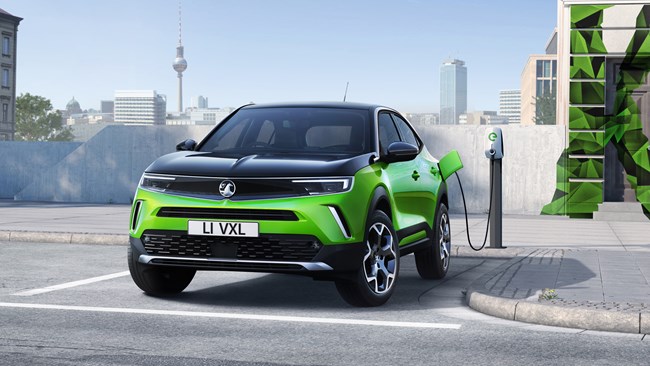 Vauxhall has unveiled the new, second-generation version of its Mokka small SUV, which for the first time will be available as an electric vehicle.

The Mokka-e variant gets a 136hp electric motor, and a 50kWh battery which should be good for up to 201 miles driving on the WLTP test cycle, though Vauxhall suggests drivers may be able to better this figure by using an 'eco' driving mode.

The new Mokka will also be available with petrol and diesel engines, but Vauxhall is yet to release details of these.

Compared with the first-generation car, the new Mokka is 12.5cm shorter, which Vauxhall claims makes it easier to manoeuvre, while boot capacity is 350 litres.

It is built on the Common Modular Platform developed by Vauxhall's parent company PSA Group, which is said to make it up to 120kg lighter than the previous Mokka.

The interior features two widescreen displays on the dashboard, with the one in front of the driver measuring up to 12 inches.

The exterior styling includes a new-look front end, housing matrix LED headlights and DRLs in what the brand is calling the 'Vauxhall vizor', while shorter front and rear overhangs - the car's wheelbase is actually 2mm longer despite the shortened overall length - are said to contribute to a robust appearance.

The new Mokka is set to go on sale in late summer, with the first cars arriving in showrooms early next year. Prices are yet to be announced.