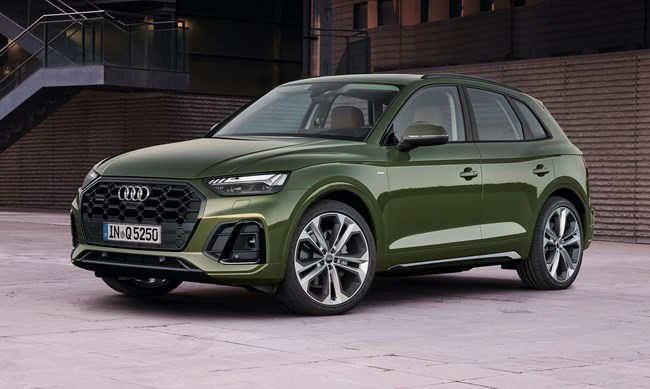 Audi has announced an updated version of its Q5 SUV.

It will only be available with one engine option at first - a 2.0-litre, 204hp diesel. This comes with a mild hybrid system that allows the car to coast with the engine off at speeds up to 99mph, and allows the stop-start function to kick in earlier, from below 13mph.

The interior gets a larger infotainment touchscreen, up to 10.1in across the range from 7in or 8.3in previously, while the system itself get an upgraded computer processor, though the previously included rotary control has been removed.

The Audi Virtual Cockpit system is now standard across the range, as is Audi's Navigation Plus package and Audi Connect, which provides live traffic information and access to Amazon Alexa Skills.

An updated range structure now consists of Sport, S Line, Vorsprung and the new Edition 1 equipment grades, with the latter said to offer many of the visual upgrades from the range-topping Vorsprung at a price point closer to S Line.

However, a new OLED headlight system is available only with Vorsprung cars.

The updated Q5 range is set to arrive in the UK later this summer, with prices starting at £42,980.