Error parsing XSLT file: \xslt\FacebookOpenGraph.xslt Survey places roads and congestion at the top of the agenda for Government
Cookies on Businesscar 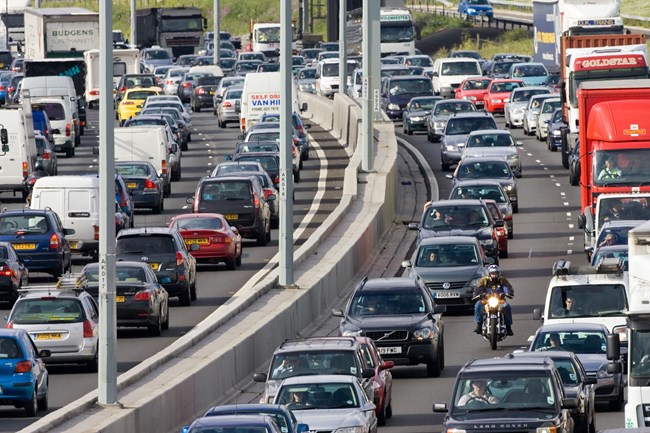 Improving roads and easing congestion came top of the list of priorities that UK fleet and mobility managers want to see Government address, according to new research.

The findings come from the 2020 edition of the Arval Mobility Observatory, which garners views and opinions from 5,600 businesses in 20 countries, covering wide ranging questions about fleet and mobility trends.

When asked: "What areas would you like the Government to concentrate on with regards to transport?", almost half (47%) listed road improvements, followed by 45% wanting congestion to be improved, more than a third (34%) wanted companies to be incentivised, while only 27% called for public transport improvements and 18% wanted a reduction in pollution caused by transport.

Shaun Sadlier, head of Arval Mobility Observatory in the UK, said: "There is a very strong indication here that businesses are concerned about the effects of congestion and want to see more investment in the UK road network.

"Difficult traffic conditions are something that many businesses face every day and it is a subject that is obviously front-of-mind in an operational sense. If cars and vans can't get around easily, it affects the fundamental efficiency of road transport.

"It might be fair to say that the current government is more favourably disposed towards major road investments than any we have seen in a while, so it will be interesting to see if there is a perception over time that congestion is improving - although the nature of these schemes is that they take a long time to come to fruition."

Sadlier added that a desire to use more public transport was a strong theme in the 2020 Arval Mobility Observatory Report, but that research was needed into what businesses wanted.

"To some extent, what businesses appear to want from public transport is something that replaces existing travel options without any or much compromise in terms of convenience and cost. The real-world conversation that perhaps needs to happen is around how much, if any, inconvenience and additional cost they are willing to bear in order to make any switch.

"Of course, some of this dialogue needs to cover not just the journeys themselves but also the ease with which they can be taken - for example, through the usage of apps that allow easier comparisons of different forms of travel, including public transport, over the same routes."

He also said it was interesting to note the finding that just 18% of businesses wanted Government to concentrate on reducing air pollution in the future.

"When we are talking to customers, this is an important consideration and simply doesn't ring true with our experiences. What it may instead reflect is the fact that much is already being done in this area - from zero benefit-in-kind on electric vehicles to the creation of Clean Air Zones. There is already considerable action underway."

What areas would you like the Government to concentrate on with regards to transport?