The outgoing Leon was the model that turned Seat's fortunes around in the last decade and it continued to sell well into its eighth year of production. The new, fourth generation Leon learns a few tricks from the VW Golf to hopefully build on that success. We were at the unveiling in Barcelona. 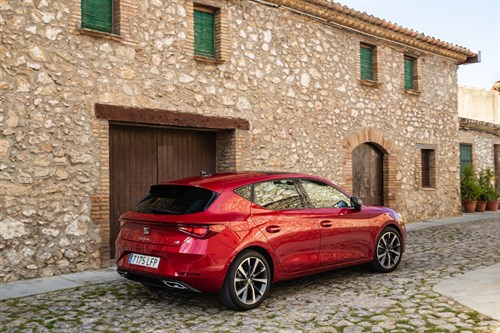 The outgoing Leon's styling held up well, so Seat's designers saw no reason to radically alter it. The front end follows Seat's new house style that was debuted on the Tarraco SUV, while the rear gains a fashionable light bar and the side profile has fewer busy lines. The new Leon has a longer bonnet and a more tapering roof line, setting it apart nicely from all the SUVs on the road today. Both the hatchback and estate are almost 100mm longer in total, marginally lower and, unusually, 16mm narrower. 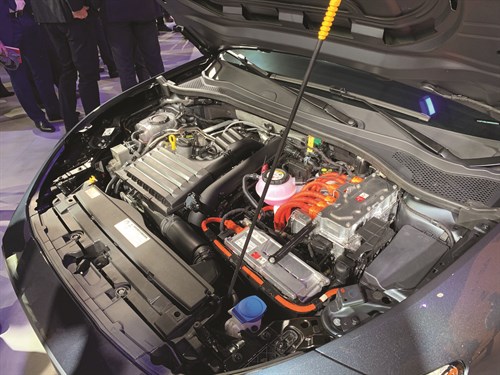 As the Leon shares a platform with the VW Golf, the new powertrain line-up sounds awfully familiar. There will be a plug-in hybrid that combines a 1.4-litre petrol engine with an electric motor and a 13kWh battery for 204hp and a pure electric range of 38 miles. The diesel line-up is very simple, with just one 2.0 TDI available with either 115 or 150hp.

Petrol-wise, the Leon comes with a 1.0-litre three-cylinder with 110hp, a 1.5-litre four-cylinder with 130 or 150hp, or a 2.0 TSI with 190hp. The 110hp and 150hp engines can be optionally boosted with mild hybrid power. All engines except the hybrids and the 2.0 TSI - which are auto-only - can be paired with either a six-speed manual or a seven-speed dual-clutch automatic. Expect more powerful petrols and PHEVs, potentially with all-wheel drive, to be released as sporty Cupra models later on. 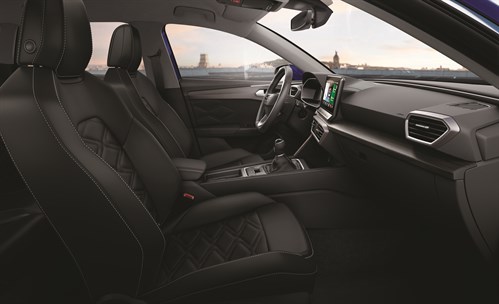 The VW Group is on a crusade against the push-button, it seems. Like the VW Golf and Skoda Octavia, with which it shares a platform, the Leon trades physical buttons for touchscreens. Most equipment grades will come with two 10in screens, one in the middle and one in front of the driver. The climate controls get their own dedicated touch-sensitive sliders.

The big change is a 50mm longer wheelbase for both the hatchback and the estate, which mainly benefits rear seat passengers, although the middle passenger will have to deal with a bulky transmission tunnel. The hatchback's boot remains the same at 380 litres, while the estate's grows slightly, to 617 litres. There is under-floor storage with room for a space-saver wheel, except in (mild) hybrid models, where that space is taken up by a battery pack. 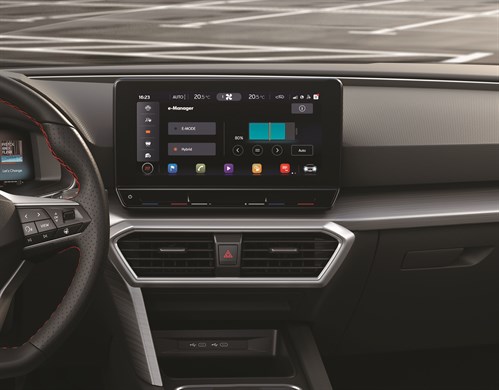 In addition to the wealth of touch controls and the expanded connectivity, the new Seat Leon comes with a number of other new tech features. Even the bottom equipment grade has LED headlights with automatic high beam and cars with an automatic gearbox get a trigger-style 'by wire' gear selector. Higher equipment grades feature a wireless charging pad, a heated steering wheel and three-zone air conditioning.

On the plug-in hybrid model, charging can be controlled with the e-Manager through either the central screen or a phone app. This also allows users to control the air conditioning remotely, so that the car is at the right temperature before setting off. 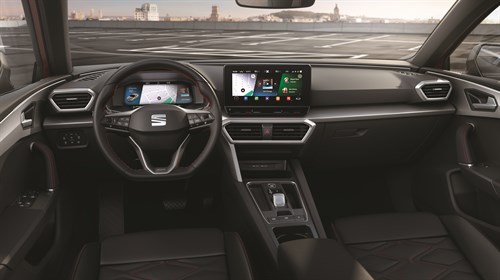 Under the moniker of Easymove, speccing a Leon is very simple, as only the equipment grade, engine and colour can be chosen, with no individual options available other than a panoramic sunroof and a tow hook. The range starts with the SE. SE Dynamic, which is aimed specifically at fleets, adds the 10in infotainment screen, 10.25in digital driver binnacle, parking sensors and 17in wheels.

FR adds sporty styling, sports suspension, a multifunction steering wheel and wireless smartphone charging. FR Sport adds a winter pack, microsuede seats and 18in wheels on top of the FR grade. On the same level as FR, there is the more luxury-orientated Xcellence, which features a different aesthetic and has adaptive cruise control as well as the winter pack. The Xcellence Lux goes one step further with leather upholstery and 18in wheels. 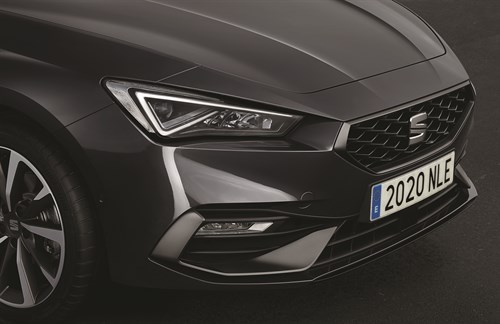 As expected, the new Leon comes loaded with the latest safety technology that was introduced on the VW Golf. A built-in SIM card allows for automatic emergency calls to be made when the car detects an accident. Updated adaptive cruise control combines with traffic sign recognition and navigation data to give the car more semi-autonomous capability. Finally, the Car2X connectivity allows cars to communicate with each other and with the infrastructure to warn drivers of the status of upcoming traffic lights or incidents further up the road in real time. All equipment grades come with six airbags. 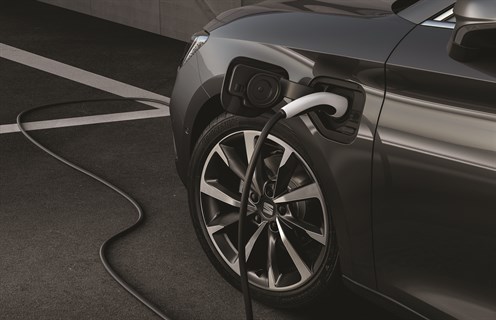 In recent years, Seat has found its place within the VW Group as a brand that offers good value and mild sportiness, without being truly cheap. As such, we expect prices for the Seat Leon to be slightly lower than for an equivalent Golf. Modern engines should ensure competitive CO2 outputs and according BIK bands, while the plug-in hybrid will become very attractive once the new BIK bands come into effect in April. We are counting on a 10% BIK tax for the PHEV.