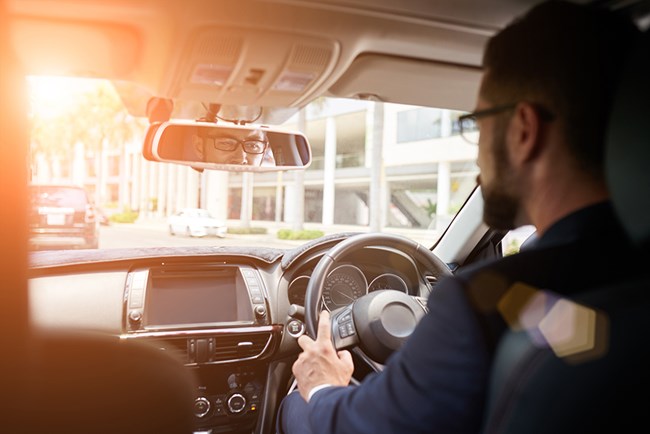 Data from ITS reveals a pool of 1,000 vehicles will see at least one serious traffic accident every fortnight.

Using black box data collated from thousands of vehicles across the country throughout 2019, the telematics specialist was able to pinpoint the number of traffic incidents recorded and the exact times when most took place.

Throughout the week, rush hour was unsurprisingly recorded as being more dangerous to drive than any other time of the day for motorists. With accidents being recorded at their highest from 6am to 9am and 4pm to 7pm, roads are at their most dangerous to drive on just outside of traditional working hours Monday-Friday.

But Tuesdays and Fridays were revealed to be far more dangerous than any other days of the week - accounting for more than a third of recorded accidents during the working week.

ITS data also reveals exactly where in the country are the most perilous places to drive for those sitting in a fleet vehicle.

Known for its busy roads and slow-moving traffic, London naturally came in at first place. However, there were some surprises included within the four runners-up. Birmingham and Manchester, the UK's biggest cities outside of the capital, were to be expected in the list, but at third and fifth place respectively came Chigwell and Woodmansterne.

In fact, half of all incidents occurred in 30mph speed limit zones, with only 5% occurring in 70mph zones. With most fleets having a vested interest in urban mobility, this data could come as a concerning revelation or confirmation of a pre-existing issue.

The company's AI-based telematics platform can help determine the exact cause and force of road traffic incidents. Its instant crash detection and reporting capabilities provide valuable insight such as the force, speed, location and angle of impact.

Last year, it introduced the new ITS Hub - a virtual system, able to accept data from any black box, allowing businesses across the country to 'plug in', allowing for more data being readily available for in-depth analysis.

As the trend for cars and devices slowly becoming more intrinsically linked continues, Adam Gooch, commercial director at ITS, thinks the next decade will prove crucial for fleets across the board to get up to date with these latest technologies.

"Often businesses with large fleets have multiple telematics systems in place which can cause logistical and even financial difficulties for fleet managers to manage. Historically, managing multiple sources of vehicle data was very complex, however, with new and innovative systems being introduced - such as the new ITS Hub - it is becoming increasingly easy for companies to monitor their fleets of vehicles."