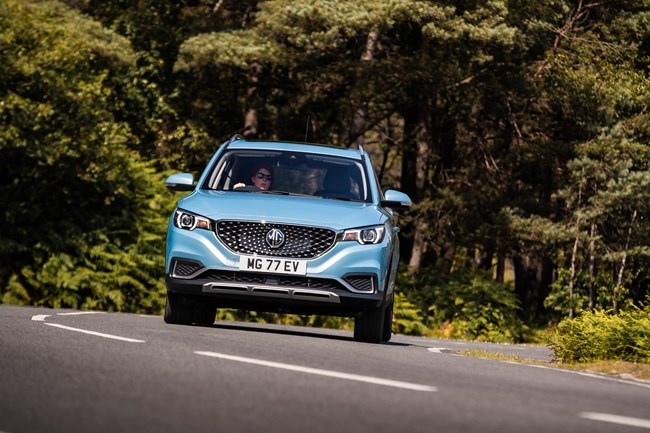 DS, Peugeot, MG and Renault have announced that they'll take £500 off the price of their EVs to compensate for the lower Government plug-in car grant.

The Government announced yesterday in the Budget that it would maintain the plug-in car and van grants, but would lower the car grant to a maximum of £3,000 instead of £3,500. MG and Renault are both discounting their electric models further to compensate for the rest of the month of March.

Vincent Tourette, MD of Renault UK commented: "We welcome the longer-term stability of yesterday's announcement and, in line with Renault's vision of sustainable mobility for all, support the move to restrict the grant eligibility to more affordable vehicles that are most likely to have the largest effect on reducing overall environmental impact.

Daniel Gregorious, head of sales & marketing at MG, said: "With the Government's announcement that the plug-in car grant is reduced from £3,500 to £3,000 from today, we wanted to be able to help our customers to switch to zero emissions electric MGs without spending more money.

David Peel, MD of Peugeot UK, said: "The plug-in car grant has been hugely successful in helping hundreds of thousands of buyers to make the switch to electric. We were delighted to hear the Government has added a further £403 million to the scheme and has agreed to support it until 2022-2023.