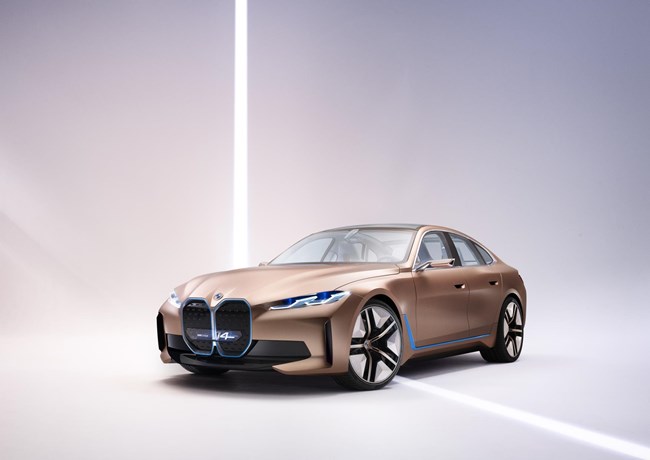 Concept cars are often more wishful thinking than anything else, but the BMW i4 concept is very close, visually at least, to the car BMW will launch next year.

The concept shows a pure-electric car that's similar in size and style to a 4 Series Gran Coupe. In other words, it's about 3 Series-sized, and features a sloping roofline with, presumably, a large hatchback.

While the BMW i3 was very innovative when it was launched, its limited range and distinctive styling held it back. BMW looks set to change that with the i4.

Another downside of the i3 was its unique carbon fibre construction, which made it impossible to manufacture on the same production lines as BMW's conventional cars. The i4, on the other hand, will be built on the same line as the regular 3 and 4 Series in Munich. This will make the car cheaper and it should be good for availability, as it's easier for the manufacturer to scale up production.

The iX3, an electric version of the X3 SUV that will use a lot of the same technology as the i4, is planned to enter production later this year.