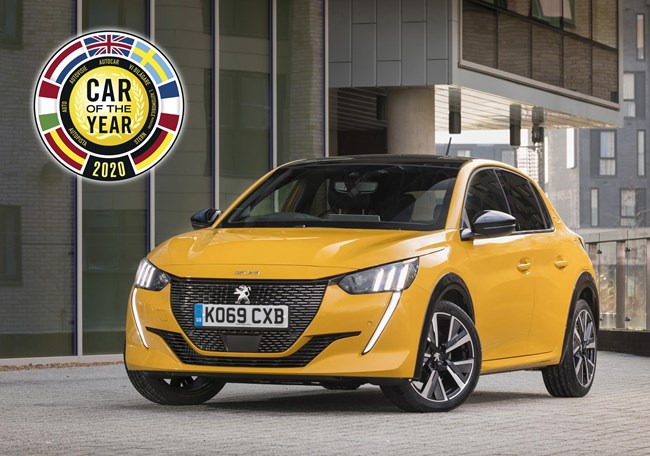 Peugeot's supermini, the 208, has won the annual European Car of the Year competition, with a comfortable lead over the Tesla Model 3 and the Porsche Tayan.

The winner of Car of the Year is always announced on the day before the Geneva Motor Show. Although the main show has been cancelled, Car of the Year still held a ceremony to announce the result.

The Peugeot 208, which is one of the first small cars to offer electric, as well as petrol and diesel powertrains, won the election with 281 points from 58 automotive journalists from around Europe.

That represents a comfortable lead over the pure-electric Tesla Model 3, at 242 points, and Porsche's first electric car, the Taycan, at 222 points.

It's certainly a resounding win over the 208's rival, the Renault Clio, which came in fourth with 209 points. Ford's supermini-based crossover, the Puma, scored 209 points. Finally, the Toyota Corolla got 152 points, and the BMW 1 series managed 133.