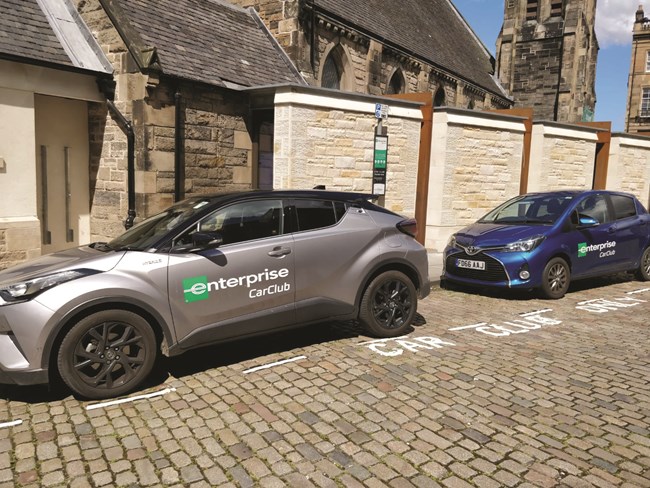 Scottish car clubs have seen a strong growth in membership in the last year, a report from ComoUK, the British shared mobility organisation, finds.

This 27% increase is largely thanks to the increased uptake from businesses and public sector organisations, who use car clubs more and more to replace grey fleet. As such, the number of corporate members increased by 54% to 11,076.

As part of its annual report for Scotland ComoUK also surveyed 1,499 individual car club users. They found that since joining a car club, 16% of respondents say they walk more, 10% say they cycle more and 26% have reduced their private car usage.

Last year, 15% or car club vehicles in Scotland were electric, 48% ran on petrol, 31% were full hybrids, and just 2% were plug-in hybrids. Only a further 2% ran on diesel, with another 2% running on hydrogen.

48% of the respondents said they had used an electric club car, with 84% saying they were quite satisfied or very satisfied with the experience.