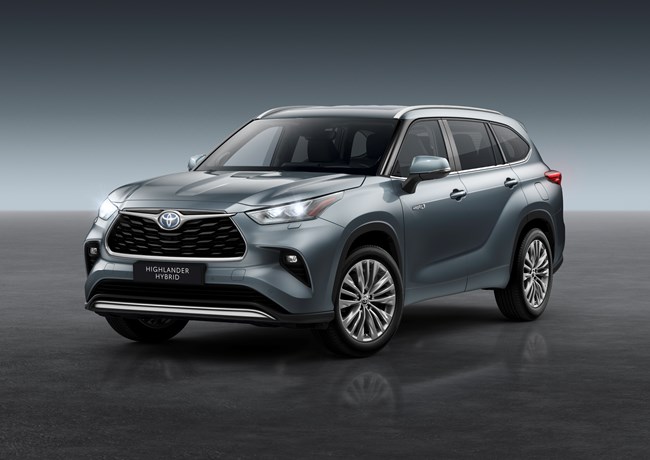 Toyota is planning to bring its large, seven-seat Highlander SUV to Europe with a hybrid powertrain and all-wheel drive.

Like the Camry, the model has been a staple of Toyota's range in the US and the Middle east for years, but has not normally been offered in Europe, as buyers here have tended to prefer MPVs for carrying seven passengers.

As tastes in Europe are changing from MPVs to SUVs, and as hybrid systems manage to keep fuel consumption and emissions in check, it seems Toyota thinks the time is right to bring its large SUV over.

The Highlander will use a 2.5-litre petrol engine and an electric motor to drive the front wheels. A second electric motor drives the rear wheels. This gives 240hp, 42.8mpg and from 146g/km of CO2, although those figures are still subject to homologation.

That would put it in at least the 32% BIK bracket when it goes on sale in early 2021. Prices and specs for the UK will be announced later.

The upshot of the very American dimensions should be very impressive interior space. The second row of seats can slide backwards and forwards over 180mm and Toyota says that the third row offers enough space for adults to be comfortable and have no trouble getting in and out.

There will be 658 litres of boot space with additional underfloor storage. Folding the second- and third-row seats flat yields a total of 1,909 litres.

Equipment for UK models is yet to be confirmed, but is likely to be very generous to have any chance of competing with established and more 'premium' alternatives like the BMW X5 and X7, Mercedes GLE and GLS, Audi Q7 and Volvo XC90.