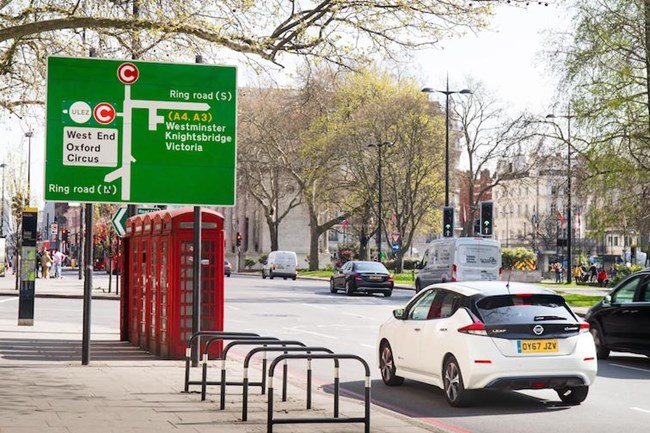 As lockdown is eased and more people return to their normal place of work, the charging schemes are supposed to ensure roads don't become "unusably blocked" and to encourage people to walk and cycle more to maintain social distancing.

The move follows a government bailout for Transport for London (TFL) amounting to £1.6 billion through a mixture of grants and loans, with conditions including the reinstatement of fares on buses, as well as restarting the congestion and ULEZ charges.

However, the decision has drawn considerable criticism as people are told to avoid public transport, and the Tube in particular, to maintain social distance.

BVRLA chief executive Gerry Keaney said: "Now is not the time to hit people with extra costs at short notice. The Government is looking to industry to kickstart the economy and the decision to reintroduce and increase charges to drivers and fleet operators risks stifling businesses who are doing their best to keep on with the important job of transporting people and goods across the capital.

"We would have preferred to have seen a continuation in the suspension of charges to give businesses more time to get on their feet. More notice would have also been welcomed as this will hit commercial vehicle operators particularly hard."

The cost of the London congestion charge will increase from 22 June, from £11.50 to £15, and it will also be in force seven days a week, and until 10pm instead of 6pm.

Bus and tube service levels will increase in an attempt to ensure social distancing guidlines are maintained.

TFL are also looking at making certain zones and streets car-free. Streets between London Bridge and Shoreditch, Euston and Waterloo and Old Street and Holborn may be limited to buses, pedestrians and cyclists

According to a statement from the Department for Transport, mayor of London Sadiq Khan has agreed that the government will carry out an immediate and broad-ranging review of the organisation's future financial position and structure, including the potential for efficiencies.

"The mayor has also agreed to increase fares next year on all modes by RPI plus 1%, in line with the proposals in TfL's own business plan, in order to put the organisation on a more sustainable footing."