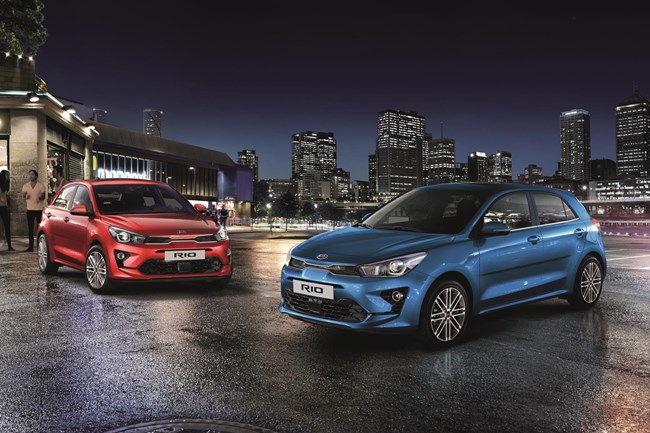 Kia has facelifted its Rio supermini with some visual tweaks, mild hybrid power for the refreshed 1.0-litre engine, a new manual gearbox and a number of other new features.

The facelifted Rio will go on sale in the autumn, with prices to be announced closer to that time.

As before, the engine range consists of an entry-level 1.2-litre naturally aspirated four-cylinder and a 1.0-litre turbocharged three-cylinder with 100 or 120hp. The 1.0-litre is a new design, though it has the same power output as before. The 120hp version does have more torque than before, for more low-down grunt.

In addition, the 1.0-litre gets a 48V mild hybrid system and a new manual gearbox. It is now a six-speed instead of the old five-speed, but more significantly, it features 'clutch-by-wire'. This means that the clutch pedal no longer physically operates the clutch.

Instead, the pedal sends an electronic signal to an actuator. The benefit is that the computer can de-couple and shut down the engine at low speeds to allow the car to coast to a halt and save fuel.

A seven-speed dual-clutch automatic remains available on both versions of the 1.0-litre.

Inside, the refreshed Rio gets the latest version of Kia's infotainment system, which features a larger, 8in, touch screen with wireless Apple Carplay and Android Auto.

Exterior tweaks are subtle, with slightly redesigned bumpers and grille, while LED headlights are standard on all equipment grades. A number of new colours and wheel choices are also added to the options list.