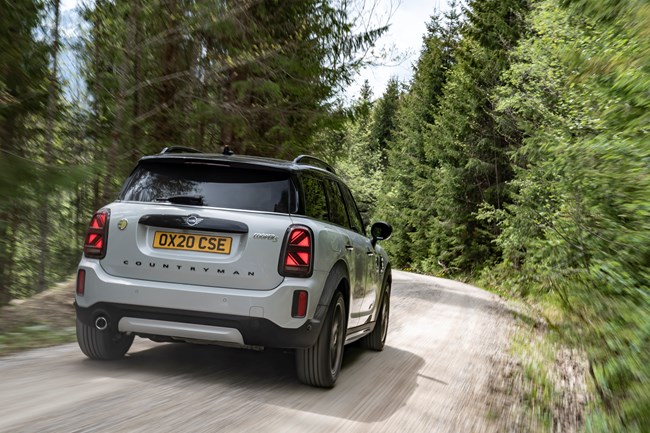 Mini has treated its compact SUV, the Countryman, to a mid-life facelift. It gains the latest generation of Euro 6d engines, new gearboxes and an updated infotainment system.

Like its hatchback and Clubman brothers and sisters, the refreshed countryman gains the Union Jack rear lights that have become a Mini signature. It also gets a redesigned grille and LED headlights as standard.

All engines are now Euro 6d compliant, meaning that the diesels don't incur the 4% BIK tax penalty. An automatic gearbox becomes standard on more of the range, including the Cooper D and SD with 'All4' all-wheel drive.

As before, there are two petrol engine choices - the three-cylinder Cooper and four-cylinder Cooper S - one diesel engine, the Cooper D, and one plug-in hybrid. The hybrid combines the Cooper's engine with a battery and an electric motor on the rear axle, resulting in 220hp, all-wheel drive and 34-38 miles of pure electric running.

Inside, there is a redesigned centre console, and the analogue gauges are replaced with a fully digital 'black panel'.

The updated Mini Countryman starts at £23,500 on the road and is available to order now.