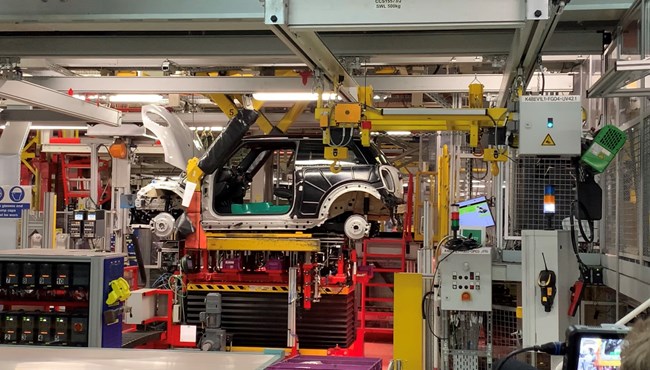 Car production in the UK predictably dropped off a cliff in April, as Coronavirus lockdown meant the number of units produces fell 99.7%.

These figures, as usual, are from the Society of Motor Manufacturers and Traders (SMMT).

The 197 cars that left the factory gates were actually cars from premium, luxury and sports car manufacturers that had been assembled already and needed just finishing touches.

This is the lowest monthly output since the Second World War and it means that year-to-date, 27.6% fewer cars were produced by the end of April than in 2019. It should be noted that April 2019 was particularly weak, as manufacturers had temporary shutdowns last year to mitigate the impact of an expected Brexit at the end of March.

The number of commercial vehicles that left the factory is even more stark, at just 15 units

During the lockdown, many car manufacturers started making PPE or medical equipment instead. Put together, they produced 711,495 pieces of PPE.

Most automotive factories are now restarting and scaling up production with social distancing measures in place. However, it is predicted that by the end of the year, 400,000 fewer cars will have been produced than the industry expected in January.

Mike Hawes, SMMT chief executive, said, "With the UK's car plants mothballed in April, these figures aren't surprising but they do highlight the tremendous challenge the industry faces, with revenues effectively slashed to zero last month.

"Manufacturers are starting to emerge from prolonged shutdown into a very uncertain world and ramping up production will be a gradual process, so we need government to work with us to accelerate this fundamentally strong sector's recovery, stimulate investment and safeguard jobs.

"Support to get all businesses through this short-term turmoil will ensure the UK's many globally-renowned brands can continue to make the products that remain so desirable to consumers the world over and, in turn, help deliver long-term prosperity for Britain."