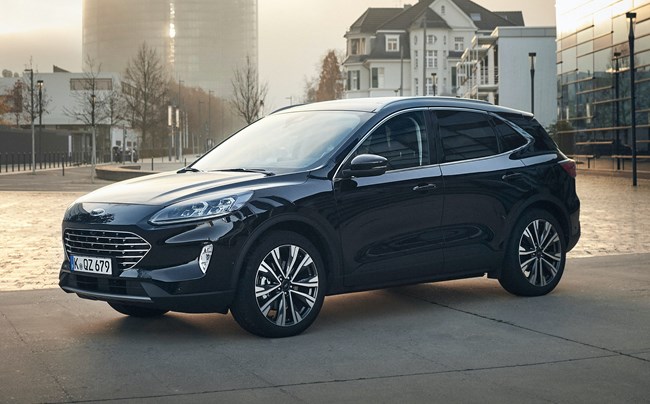 The conventional hybrid version of the new Ford Kuga has gone into production.

As previously announced, this is the third and final hybrid model to join the Kuga line-up, alongside existing mild hybrid and plug-in hybrid variants.

Badged simply as the Hybrid, it features a 2.5-litre petrol engine and an electric motor, with a total system output of 190hp.

A 1.1kWh battery is automatically recharged by the engine, and when coasting and braking, and is able to support the engine and to power the car by itself for short periods.

Official fuel economy and CO2 emissions figures are from 48.7mpg and from 130g/km on the WLTP cycle.

Ford also says the model can cover more than 600 miles on a single tank of fuel.