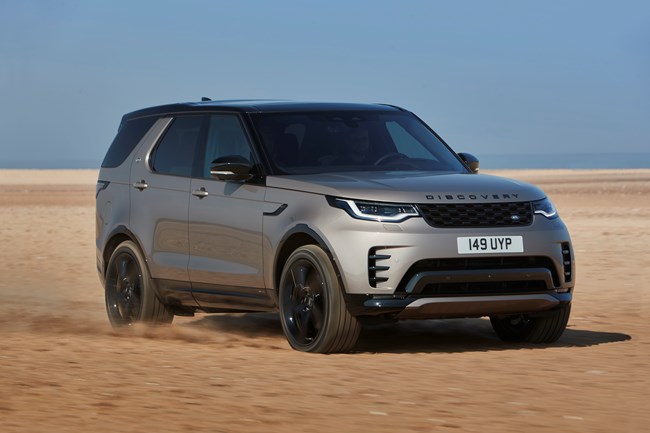 The Land Rover Discovery has become the firm's latest model to receive a range facelift, including new mild hybrid engines and updated technology.

The 48V mild hybrid system, which assists the engine when accelerating and helps smooth out stop-start operation, comes with a 360hp petrol engine, and 249hp and 300hp diesel engines - a conventional 300hp petrol is also available.

The engines are mated to a new intelligent all-wheel drive system, which Land Rover says automatically sends torque to the axle that needs it most for improved efficiency.

Exterior styling changes for the updated Discovery include new LED headlights and tail lights, along with new front and rear bumpers.

Inside, the Discovery gets the latest Pivi Pro infotainment system that's been rolling out across the Land Rover range, with an 11.4in touchscreen and over-the-air software updates.

Land Rover also says the car's second row seats have been redesigned, with the aim of increasing passenger comfort.

The facelifted Discovery is available to order now. Prices start at £53,090.