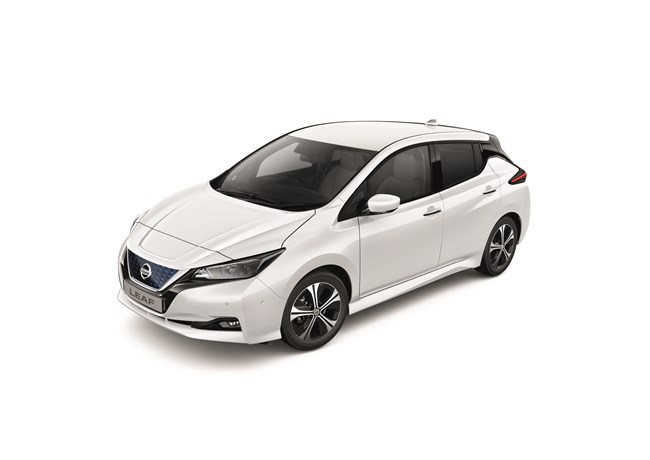 All models in the Leaf range, including versions with both 40kWh and 62kWh battery packs, gain telescopic steering wheel adjustment and blindspot intervention, while an intelligent rear-view mirror - featuring a high-res camera image - has been made standard with the Tekna equipment grade, and a shark fin antenna made standard from the N-Connecta grade up.

Also, a cheaper entry point has been created for the 62kWh Leaf with the addition to the range of the e+ N-Connecta spec, priced from £32,695 including the UK Government's £3,000 plug-in car grant.

Conversely, the price of the 40kWh Tekna has gone up by £315, which Nissan says is due to the addition of the intelligent rear-view mirror.

Price cuts have also been announced for the Pro Pilot driver assistance system, now £145 cheaper as an option with the N-Connecta grade at £450, and Pro Pilot Parking Assist, now £295 cheaper at £795 with the Tekna grade.

A new Ceramic Grey exterior paint colour has also been introduced, either on its own or in a two-tone design with Pearl Black Metallic, while the Arctic White, Spring Cloud Green, and two-tone Spring Cloud/Pearl Black options have been discontinued.

Production of the updated Leaf will start on 16 November.