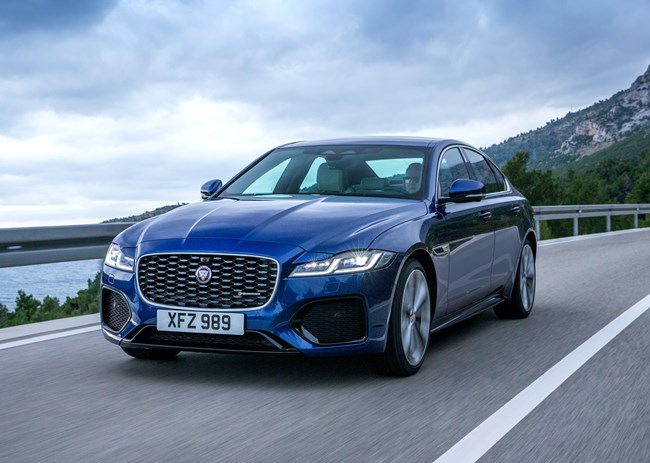 Jaguar has unveiled a revised version of its XF executive car.

Inside, there's a redesigned centre console, with Jaguar's latest Pivi Pro infotainment system deployed via a new 11.4in curved touchscreen. There are also new trim finishes and new seats.

A revised engine line-up is the same as that announced for the updated XE compact exec, consisting of a 204hp diesel mild hybrid, and 250hp and 300hp petrols.

With the mild hybrid, which uses a 48V battery to assist the engine and help smooth out the stop-start system, official CO2 emissions are from 130g/km, and fuel economy is up to 54.2mpg.

Eight-speed automatic transmission is standard throughout the range, while al-wheel drive is standard with the 300hp petrol and optional with the diesel mild hybrid.

Other new features of the revised XF include over-the-air software updates, and cabin air ionisation with filtration to capture ultra-fine particles and allergens.

The revised XF is available to order now. Prices start from £32,585 for a saloon, and £35,990 for the Sportbrake estate version.