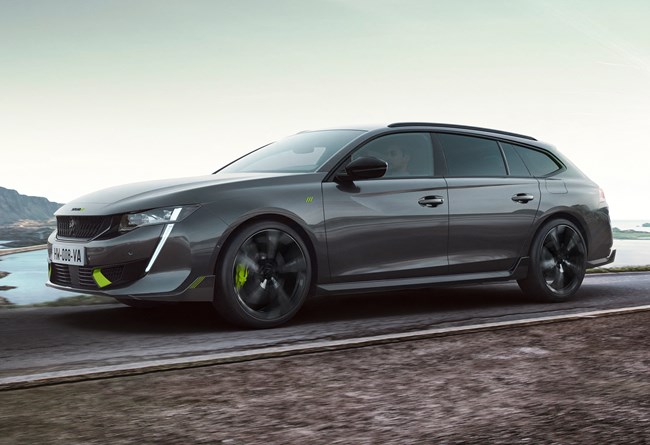 Peugeot has unveiled a new performance version of its 508 upper-medium car, with a plug-in hybrid powertrain.

Badged the 508 Peugeot Sport Engineered, and heralding a new line of vehicles by that name, the new variant has a combined 360hp from a petrol engine and two electric motors, positioned at the front and rear to allow four-wheel drive.

Peugeot says the model, available as either a fastback or SW estate, is capable of driving for 26 miles on electric power alone on the WLTP cycle, and of combined fuel economy of 139mpg, and CO2 emissions of 46g/km.

Peugeot says the Sport Engineered has the same interior space and load volume (above the floor) as the regular 508.

Five drive modes are selectable - electric, comfort, hybrid, sport, and 4WD - with corresponding adjustments being made to the steering, suspension and throttle response as well as to power deployment.

Interior tech includes a head-up display, 10in touchscreen, and heat and massage functions for the driver's seat.

UK prices and an on-sale date are yet to be confirmed.