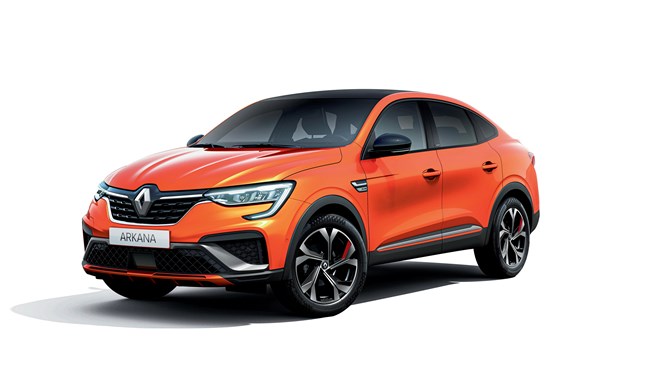 Renault is adding a new model to its UK line-up, in the form of the Arkana SUV-coupe.

It is based on the same platform as the new Clio supermini and Captur small SUV, but Renault says it is slightly longer than its Megane lower-medium hatchback, and has a boot measuring 513 litres.

It will be the third member of Renault's SUV range in the UK, alongside the Captur and Kadjar, after the larger Koleos was axed earlier this year.

Engine options with the Arkana will include a 1.6-litre petrol hybrid, with a total output of 140hp, and a 1.3-litre petrol mild hybrid, also producing 140hp.

Onboard technology will include an infotainment screen measuring up to 9.3in, a driver information display measuring up to 10in - creating what Renault claims is one of the largest digital displays in the segment - and four USB connections.

UK orders will open in July 2021, with the first deliveries expected in September. Prices and specs are yet to be announced.