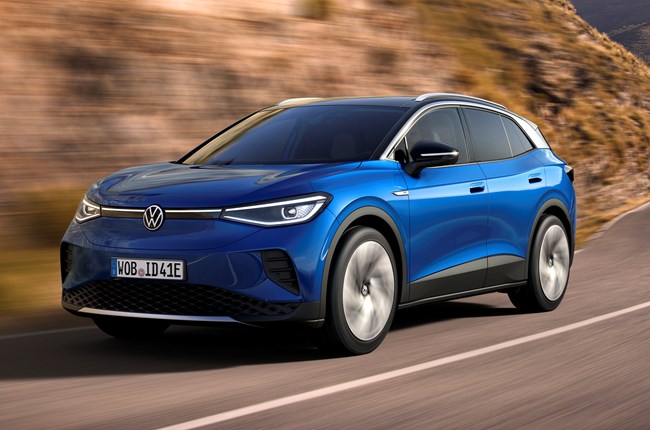 Volkswagen has revealed the ID.4, its first fully-electric SUV.

It is the second model to join VW's ID EV range, following the ID.3 lower-medium hatch.

The ID.4 is powered by a 204hp motor, which drives the rear wheels, and has a 77kWh battery, enabling a range of up to 323 miles on the WLTP cycle.

VW says a charge to add just under 200 miles of range at a 125kW DC quick-charging station is possible in around 30 minutes.

Based on VW's MEB platform, the ID.4 is 4.58 metres long, but the manufacturer claims it offers interior space comparable to conventionally-engined SUVs from the class above, with boot capacity between 543 and 1,575 litres depending on the position of the rear seats.

According to VW, the car's interior controls do not rely on physical buttons and switches, but instead on two screens, one a touchscreen up to 12in, and 'Hello ID' natural voice control.

LED headlights are standard, but top-spec cars get interactive matrix units that can welcome drivers with swivelling lens modules, and have intelligently-controlled main beams.

Wheels measuring up to 21in will also be available.

UK prices for the ID.4 are yet to be announced.