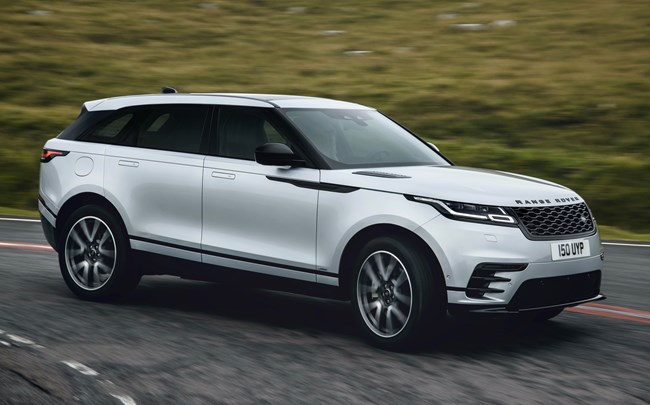 A plug-in hybrid version of the Range Rover Velar SUV has been revealed as part of a range update.

Badged the P400e, it pairs a 300hp petrol engine with an electric motor for a combined output of 404hp, and can cover an electric range of 33 miles on the WLTP cycle, while official fuel economy is up to 130.2mpg and CO2 emissions are from 49g/km.

In addition to the PHEV, the Velar is also gaining new 48V mild hybrid engine options, in the form of a 204hp diesel, a 300hp diesel and a 400hp petrol.

The mild hybrid system harvests energy under deceleration, which is then deployed to assist the engine when accelerating, and also to improve the refinement and responsiveness of the stop-start system.

The new diesels meet the RDE2 emissions standard, although with CO2 emissions from 199g/km for the 300hp engine and 165g/km for the 204hp engine they still incur the top 37% BIK company car tax rate - respective fuel economy figures are 37.2mpg and 44.9mpg.

A conventional 250hp petrol engine is also available. All-wheel drive is standard throughout the range.

Other upgrades to the Velar include the introduction of Land Rover's latest Pivi and Pivi Pro infotainment systems.

The updated Velar is available to order now, with prices starting at £46,110. Prices for the plug-in hybrid start from £56,550.