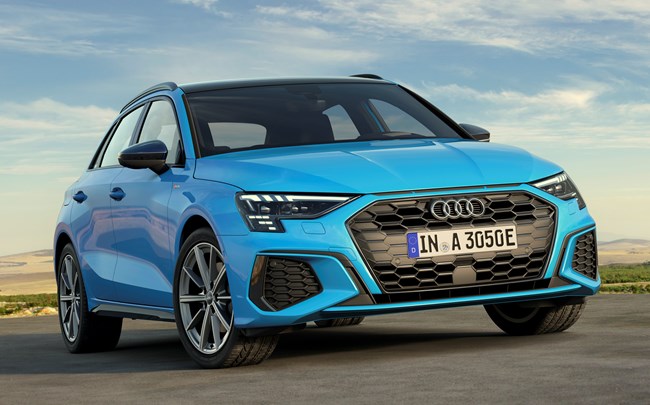 Audi has revealed a new plug-in hybrid version of its A3 lower-medium car.

Badged the 40 TFSI e, it features a 150hp petrol engine and an 80kW electric motor, producing a combined output of 204hp.

Available as a Sportback five-door hatch, the model has a 13kWh battery, which Audi says allows an electric driving range of up to 41 miles on the WLTP cycle.

It says improved technology means the battery's capacity has increased by 48% compared with the previous-generation A3 plug-in hybrid.

A full battery recharge can be completed in four hours with a domestic AC wallbox.

Charging can be controlled using the MyAudi app, allowing drivers to take advantage of off-peak tariffs, and the app can also be used to pre-set the climate control system, and find public charging locations.

Boot capacity is 280 litres - 100 less than in conventionally-engined A3s.

The 40 TFSI e will be available with two equipment grades - Sport and S Line - with prices starting at £33,060.

UK orders will open later this week, with the first deliveries expected towards the end of the year.

Audi also says a further, more powerful plug-in hybrid will join the A3 range in the near future.