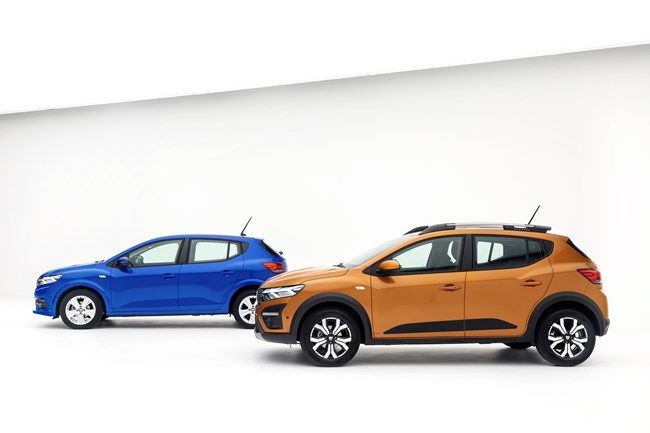 Dacia has revealed details of its new Sandero small car, including the Sandero Stepway crossover variant.

The new, third-generation Sandero is based on the CMF platform also used by parent company Renault's latest Clio.

There is also said to be 42mm of extra rear passenger space, and there's 328 litres of boot capacity along with 21 litres of further storage around the cabin.

Cosmetic features of the new Sandero include Dacia's new Y-shaped LED light signature, while the Stepway is differentiated from the regular car by a 41mm increased ground clearance, as well as features such as front and rear skid plates and wheelarch cladding.

Infotainment options with the new Sandero include Media Control, which invites the driver to place their smartphone on a dashboard-mounted support and use a Dacia app, and Media Nav, which features an 8in touchscreen.

LED headlights and autonomous emergency braking are standard, while other available safety features include blind spot warning, parking sensors and a reversing camera.

The new Sandero and Sandero Stepway will go on sale in February 2021. Prices are yet to be announced.