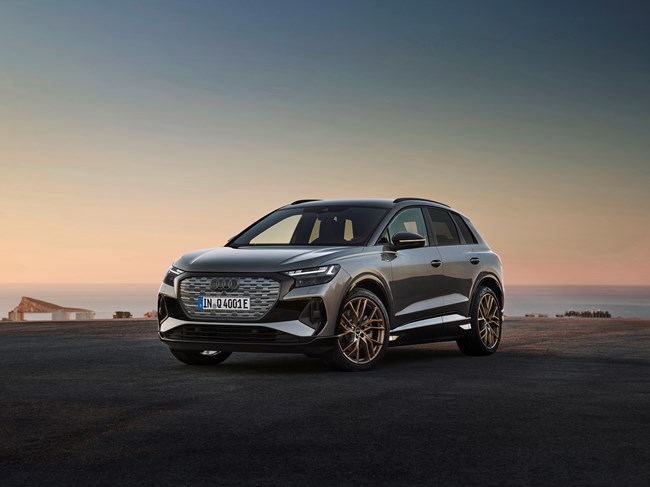 Audi has unveiled the Q4 E-Tron, the latest model in its electric car range.

It will be available in two bodystyles - the regular SUV Q4, and the SUV-coupe Q4 Sportback.

There's a choice of two battery sizes - 52kWh and 77kWh - and three electric motor set-ups, with 170hp and 204hp models having a single motor and rear-wheel drive, and a 299hp version featuring two motors and four-wheel drive.

The larger battery is capable of charging at 125kW, allowing a 5-80% charge in 38 minutes, while the smaller battery can charge at up to 100kW.

The Q4 E-Tron is available to order now, with the first UK deliveries scheduled in June.

At launch there's a choice of four equipment grades - Sport, S Line, Edition 1, and Vorsprung. Standard equipment throughout the range includes LED headlights, an infotainment touchscreen, and Audi's Virtual Cockpit display, with a larger 11.6in touchscreen set to become available later this year. Higher spec models come with an augmented reality head-up display and a new steering wheel with touch-controls.

Prices for the Q4 E-Tron Sportback are yet to be announced, with orders opening in June, and the first deliveries set for September.