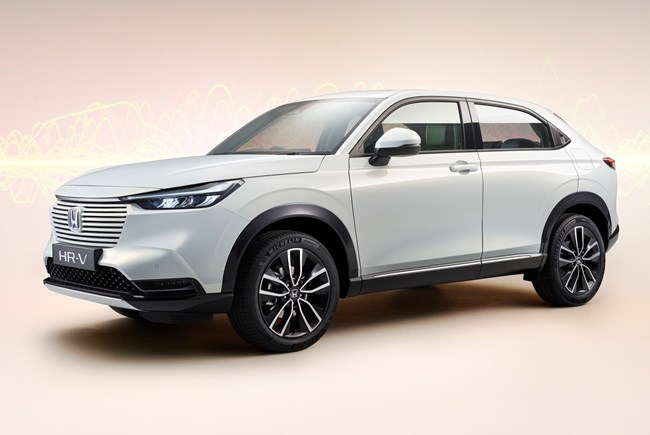 Honda has unveiled the next-generation version of its HR-V SUV, which will come with a hybrid powertrain as standard.

The hybrid set-up, badged e:HEV, pairs two electric motors with a 1.5-litre petrol engine, with a maximum output of 131hp.

Honda describes the new HR-V's design as featuring a coupe-inspired shape, while retaining the stance of an SUV, with ground clearance increased by 10mm compared with the previous-generation model, and the height of the driving position raised by the same amount, but roof height reduced by 20mm.

Honda says that rear legroom is up by 35mm compared with the previous HR-V, and there is an extra two degrees of rear-seat recline.

The car's interior will feature a 9in infotainment touchscreen, said to offer simplified and faster operation compared with the previous-generation unit, as well as a 7in TFT driver display. There will be wireless Apple Carplay and wired Android Auto connectivity, and over-the-air software updates.

Honda says safety systems with the new HR-V have been improved with better camera and image-processing technology to spot hazards. The collision avoidance system can now avoid pedestrians at night, and also detect oncoming vehicles crossing the path of the car, including bicycles and motorcycles.

The new HR-V will arrive in Europe late this year. UK specs and prices are yet to be announced.