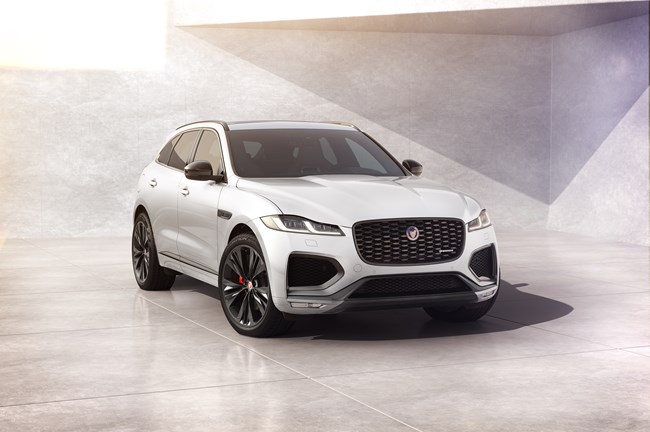 Jaguar has announced new updates for its F-Pace SUV range, along with the addition of a new R-Dynamic Black variant.

Among the general upgrades is an improvement to the cabin filtration system introduced last year, with a new Cabin Air Purification Plus set-up including an 'air purge' feature, which freshens the air inside the cabin before a pre-set journey departure time, and a system that monitors the level of CO2 in the cabin and adjusts the level of fresh air accordingly.

Also new to the F-Pace is adaptive cruise control with steering assist, designed for long motorway journeys, which gently assists steering, acceleration and braking to centre the car in its lane while maintaining a set distance from vehicles ahead.

Another new feature to the range is self-sealing tyres, available as an option in 19in, 20in, and 21in sizes, while Jaguar says wireless Apple Carplay and Android Auto connectivity will also soon be available, as an over-the-air update.

As for the new R-Dynamic Black spec, it builds on the existing sporty R-Dynamic spec with a gloss black finish applied to areas such as the door mirror caps, front grille and surround, side window surrounds, fender vents, rear valence and rear badges, as well as to the 20in alloy wheels, which come with red brake callipers.