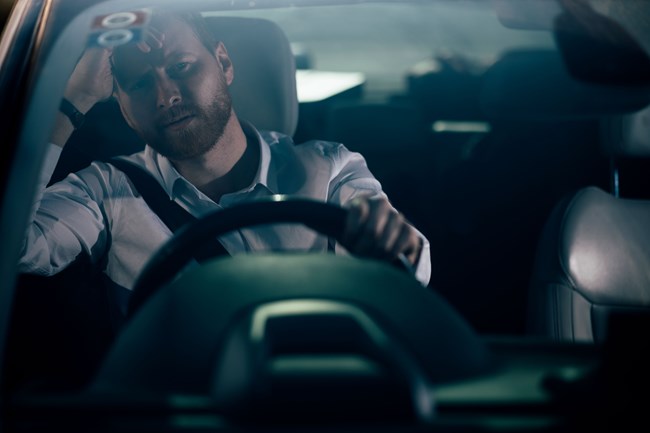 Business drivers suffer from more anxiety, stress, tiredness, and mental health problems between November and February than at any other time of the year, according to RED Driver Training.

The company said an analysis of more than 3,000 business drivers using its Wellbeing Profiler had found a clear pattern, with the combination of dark mornings and nights and winter weather, leading to worse driving conditions, and an increase in stress as the festive season approaches all named as factors.

It said 20% of drivers claimed to feel tired during the months, while 12% said they were exhausted, and 10% said they experience anxiety.

In addition, there was an 8% drop in the number of employees feeling motivated, while the percentage of drivers feeling 'very discouraged' doubled, and 'enthusiasm' was down by nearly 10%.

RED said the issue, which it has termed 'seasonally affective driver disorder' (SADD), affected all types of business drivers, including those with company cars as well as commercial vehicles, and resulted in the potential for higher risk and lower productivity.

RED CEO Ian McIntosh said: "We ask 79 different questions that look at areas such as tiredness, anxiety, employee engagement, mental clarity, decisiveness, self-esteem and lifestyle, and in every single metric, there is clear evidence that drivers struggle more in winter than other seasons.

"Anybody who drives a lot knows that it can be especially tough during the winter. From the moment you get out of bed in the dark and have to scrape the ice off in the cold, we know that business motoring in the winter months is hard work.

"But this is the first time we have been able to definitively get a picture of the scale of it, through analysis of our wellbeing data. It showed that around one in 10 business drivers suffer from some form of SADD-related issue during the winter months. That is a lot of employees who are struggling, and need help."

According to RED, its findings should be seen in the context of date from the Royal Society for the Prevention of Accidents showing that collision rates increase by 19% in the fortnight after British Summer Time ends, along with other winter-based mental health factors such as the medically-recognised seasonal affective disorder.

McIntosh said: "The fact that driving impacts more negatively on a person's mental health during winter is another hurdle to overcome for those already experiencing tiredness or depression.

"SADD can result in more sick days being taken, reduced productivity and, of course, is a real danger too, exacerbating the risk of accidents.

"For employees who really struggle with this, employers could do a number of things. They could try and reduce their mileage by doing more video-conferencing, or reschedule appointments so employees are not doing long drives in the morning or evening when the risks are higher."

Drivers who complete RED's Wellbeing Profiler receive a report with specific advice, tips and suggestions on how they may improve their wellbeing, health and resiliency. Changes are then monitored over time, with trends fed back for drivers and employers to act on.

McIntosh added: "Companies are far more aware of the need to support those employees struggling with mental health, and those tucked away in their cars and vans, often alone for hours on end every day, should not be forgotten."