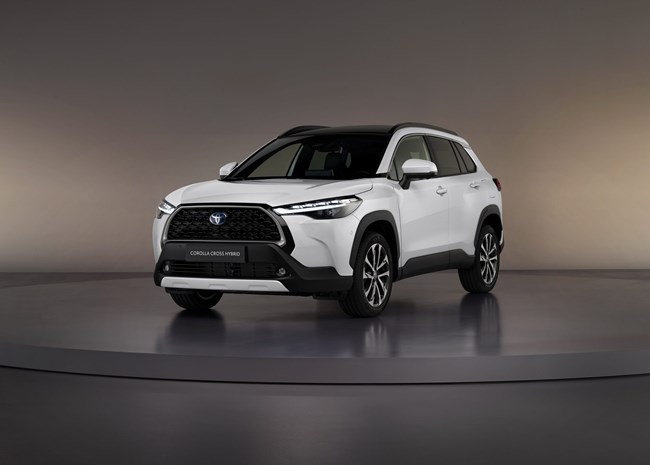 Toyota has unveiled the Corolla Cross, a new addition to its SUV line-up.

The manufacturer says that at 4,460mm long, the Corolla Cross will sit between its existing C-HR and Rav4 models in the C-SUV segment.

The Corolla Cross will be the first car to feature the fifth-generation version of Toyota's hybrid powertrain, which will be available with either front-wheel drive or all-wheel drive.

These two variants will feature a 2.0-litre petrol engine producing 171hp and 152hp respectively, paired with a 113hp front-axle electric motor, and with the all-wheel drive version an additional 41hp motor on the rear axle.

The Corolla Cross's interior will feature a 12.3in digital driver's cockpit display, and a 10.5in central infotainment touchscreen.

The model will also come with the latest version of Toyota's Safety Sense driving assistance package, including a pre-collision system with acceleration suppression at low speeds and intersection cut-in traffic assist, along with an emergency driving stop system, and improvements to the intersection turn assist, adaptive cruise control, lane trace assist, and road sign assist systems.

European deliveries of the Corolla Cross are set to begin in Autumn 2022. UK specs and prices are yet to be announced.