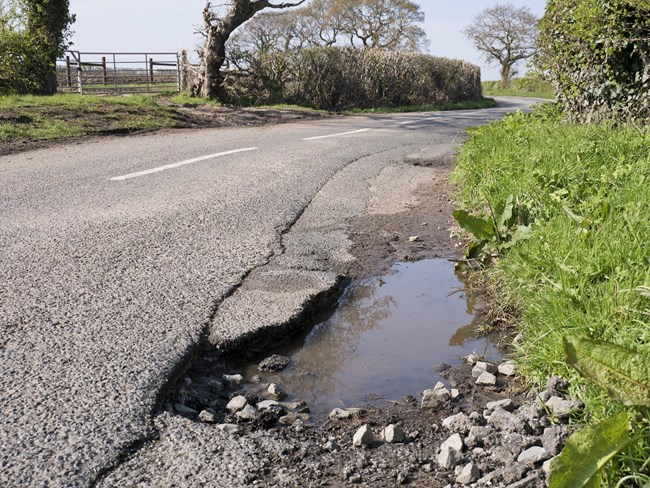 Potholes are seen by drivers as an increasingly significant concern, according to a report from IAM Roadsmart.

The road safety charity found that 75% of drivers think potholes are a bigger problem than they were three years ago, compared with 68% for driver distraction, such as mobile phone use, and 65% for traffic congestion.

It also found 89% of drivers had been affected by potholes during the past year, with 31% having changed routes to avoid them, and 54% having had to steer away or brake hard to avoid an impact and damage.

IAM Roadsmart director of policy and research Neil Greig said: "The pothole situation on UK roads has now become much more than just irritating, it's a significant threat to personal safety.

"We simply can't have vehicles swerving into oncoming traffic or slamming on their brakes without warning to avoid them. Deteriorating roads also put pedestrians and cyclists at greater risk.

"It is clearly a sign of the times when motorists perceive potholes to be a bigger growing concern to them than drink driving and texting. And while the statistics show that the devastating impacts of using a motor vehicle under the influence of alcohol or using a mobile phone when driving still remain, it does highlight that it is time for the government to take potholes seriously and fix the UK's road network."