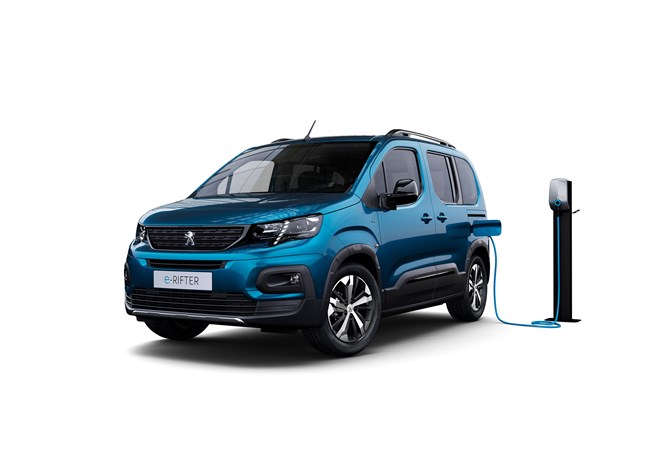 Peugeot has unveiled a new, electric version of its Rifter MPV.

The Rifter is based on the Partner van, and the announcement of the E-Rifter follows news of the equivalent E-Partner last month, as well as the Vauxhall Combo-E Life, which uses the same platform, last week.

Like those models, the E-Rifter features a 136hp electric motor and a 50kWh battery. This allows a range of up to 171 miles on the WLTP cycle.

The E-Rifter will be available as either a Standard or Long variant, measuring 4.4m long and 4.75m long respectively. Both are available with either five or seven seats.

Two equipment grades will be offered. Standard equipment with the entry-level Allure Premium grade will include Peugeot's i-Cockpit digital display, an 8in touchscreen, roof rails, rear parking sensors, a 180-degree reversing camera, and 16in aluminium wheels.

Further equipment with the higher-grade GT model will include 17in wheels, GT styling elements, individual rear seats, and keyless go.

Orders for the E-Rifter will open later this year. Prices are yet to be announced.