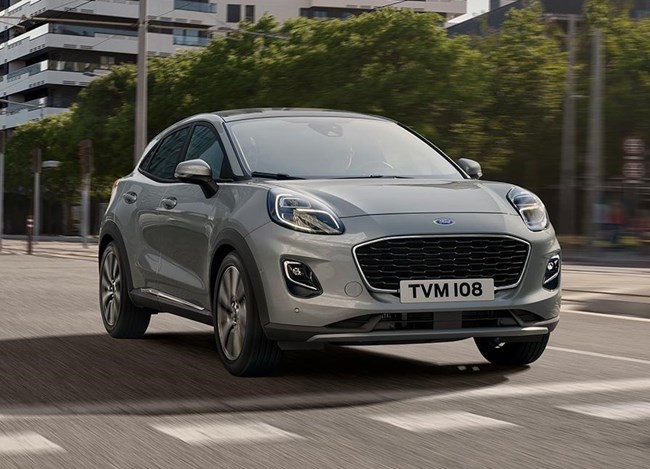 In comparison the seven-speed Puma Ecoboost Hybrid with 125hp can achieve a similar mpg figures, but slightly higher CO2 emissions of 129-131g/km.