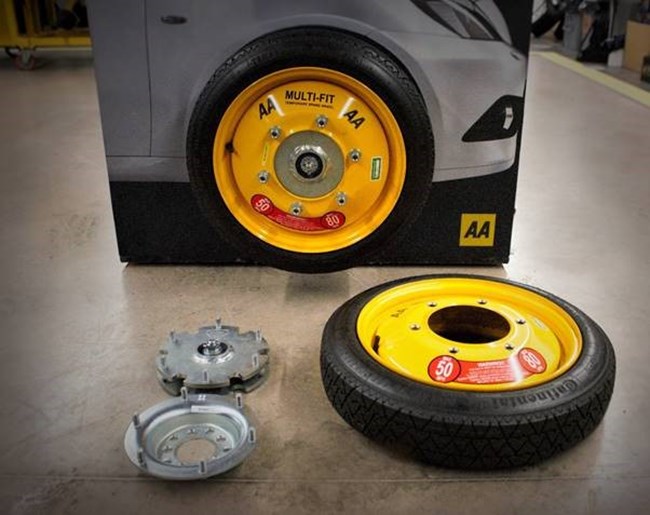 New technology for towing EVs forms part of an effort by the AA to address needs brought about by electrification.

The AA's freewheeling hub has been developed to solve the problem of broken-down EVs, and also four-wheel drive vehicles, not being able to be towed on two wheels, meaning they had to be recovered using a flatbed truck, rather than just towed behind a van.

It features a high-speed bearing which allows the wheel, once fitted to the vehicle being recovered, to turn independently of that vehicle's drivetrain.

The freewheeling hub was first introduced to a pilot group of 100 AA patrols in January 2020, before the trial was expanded in June.

The weight of vehicle that can be recovered with the equipment is however limited to two tonnes, due to the towing capacity of the AA's vans.

AA chief engineer Steve Ives, speaking during an online webinar about the hub, said: "There is a big operational benefit - we don't need to deploy a £110,000 truck to move a vehicle, so that's a cost saving.

"Also it has less impact on the environment, because we are not going to be burning so much fuel per job."

AA president Edmund King said: "The freewheeling hub is part of the innovation that we are doing at the AA to ensure that on those occasions when we need to, we can recover EVs, and indeed SUVs and other vehicles, very quickly and efficiently."

If an EV breakdown is because of a flat battery - something the AA says is a very rare occurrence - the organisation says it is not planning to offer mobile charging. Instead, it will recover the vehicle to a charging point and provide a small amount of free charge to allow the driver to continue on their journey, in a similar way to the free fuel it would provide to a driver who had run dry in a petrol or diesel vehicle.

"Currently with the mobile chargers that are on the market, if you turn up, the car could be parked in a dangerous place, it then takes half an hour or longer to get a small amount of charge - maybe six, seven, eight miles - into that car, and then the customer has to go to a charging point anyway and recharge. So, in terms of safety, efficiency, and customer satisfaction, and with the innovation of the freewheeling hub, we genuinely believe our solution is the best for the customer and for us."

King said that the freewheeling hub sat alongside other EV-related initiatives from the AA, such as its new Smart Lease programme.