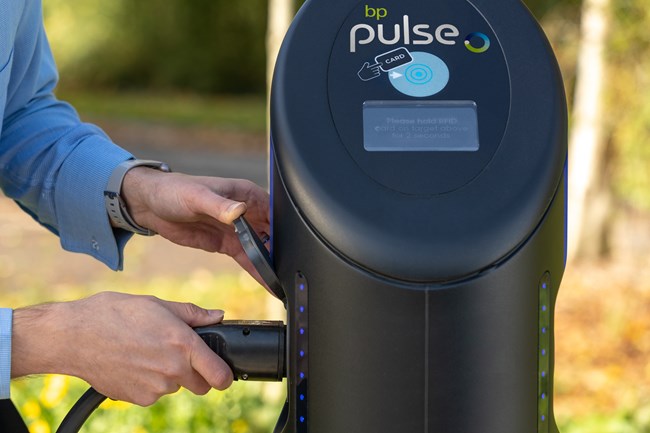 More than half of fleet managers who are yet to adopt EVs would be persuaded to switch if they could have greater confidence in the accessibility of the UK's charging infrastructure.

That's according to new research by BP Fleet Solutions, and the EV Centre of Excellence at Cardiff University, for the report 'The Future of Fleet'.

In a survey of fleet decision makers, they found that the proportion who already have EVs on fleet currently stands at 52%.

Of the 48% yet to electrify, 56% said that more accessible charging would convince them to switch.

However, the report argues that while the perceived limitations of charging infrastructure remain a cause for concern for many fleet managers, there is cause for optimism.

"Public charging infrastructure in the UK has dramatically expanded in recent years. As recently as five years ago, there was relatively little in the way of rapid charging infrastructure to enable longer journeys across the country. They were possible, but a lot of effort had to be made in planning before setting off. Today, there are thousands of rapid chargers nationwide."

The report adds that as well as becoming more prevalent, chargers are also becoming more usable, with nearly all new rapid and ultra- fast chargers having contactless payment as standard, and most networks also offering live availability data.

The research found that other concerns about adopting EVs include the up-front cost being unaffordable (27%), EVs not doing enough miles on one charge for long-distance applications (25%), and a lack of time to charge while on the road (24%).

The research also looked at why fleets had decided to electrify, and found that the most common reason, given by 71%, was fleets wanting to be greener, ahead of 39% wanting to improve the reputation and CSR of their fleet, and just over 35% citing financial benefits.

It argues that this is therefore a unique moment for fleets to embrace growth in green values, as a means not to just help hit net zero targets, but to positively influence public opinion when it comes to EVs, and to help win the hearts and minds of customers.

BP fleet sales manager Adrian Brabazon said: "It is clear from our research that fleet managers are keen to make the transition to EVs for all the right reasons. However, it also reveals that many of them are held back by a lack of confidence in the suitability of current EV models, the upfront investment required and limited information around electric vehicles and charging infrastructure.

"Following the global pandemic, we know that behaviours change, consumers adapt, and businesses evolve faster than we had ever anticipated. Now is the time to embrace a change for the better - specifically with a switch to EVs."