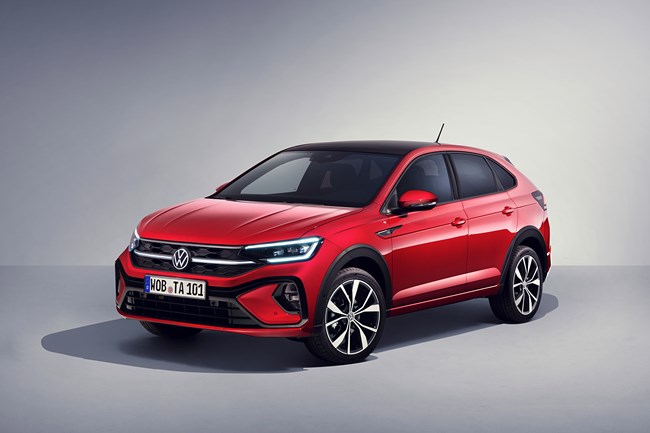 Volkswagen has revealed the Taigo, its new SUV-coupe.

Closely related to the Polo supermini and T-Cross small SUV, the Taigo is based on the Nivus, a car made by VW in Brazil.

Built on the MQB platform, it measures just under 4.26m in length, and seats five, with VW claiming the coupe roofline does not restrict rear seat headroom.

According to VW, standard equipment with the Taigo will include full-LED lights, an all-digital cockpit, and the latest-generation MIB3 infotainment system.

The semi-autonomous IQ.Drive Travel Assist system will be available as an optional extra.

Higher-spec Taigos will come with features such as matrix LED lights, an illuminated radiator grille crossbar, and wireless smartphone connectivity.

Full specs and prices for the Taigo are yet to be announced.