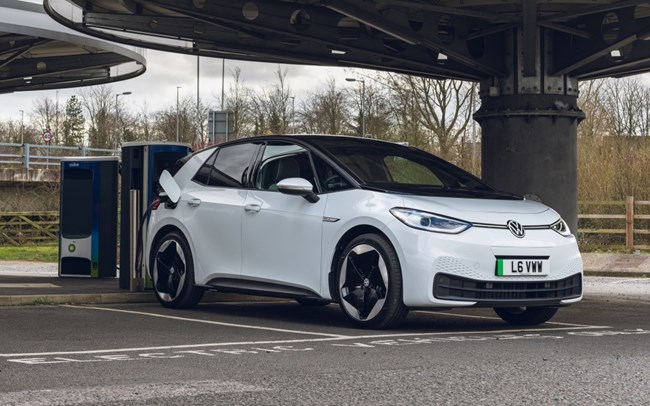 Speaking at the Society of Motor Manufacturers and Traders (SMMT) International Automotive Summit, Smith explained the current differences between EV adoption by fleet and retail customers, with fleet uptake stronger at the moment.

According to Smith, while there were a lot of initial inquiries about EVs from private buyers, relatively few of these translated to sales, whereas among fleet buyers things were different.

"If we look at specific segments in the fleet market - if we look at user choosers, salary sacrifice schemes etc - we're starting to see that exponential growth.

"What's the difference, what can we see in the fleet market that isn't in the retail market? Really consistent fiscal incentives. That at the moment is the key difference. There are fiscal incentives leading fleet customers very, very strongly in a certain direction."

Smith therefore suggested there were lessons for policymakers to take from the fleet market that could help drive EV adoption from retail buyers.

"Obviously we are not seeing the same strength in retail at the moment, and it really is just a case of how quickly do we want this transition to happen, because obviously fiscal incentivisation can control the pace of that transformation."

Another speaker at the summit, Rachel Wolf, founding partner of consultancy Public First, which wrote the SMMT's new report on motoring policy, also said that incentives were important, and specifically that people needed to be sure government support for EVs would not just be short-term.

"Unless they think the promises made to them will follow through, they are not going to change their behaviour, because they feel they've seen it before.

"So, if I have one other message other than the core nature of this industry to the government, it is that. [The government] has to convince people to switch and to change their behaviour - at the moment they are very worried the rug is going to get pulled from under them."