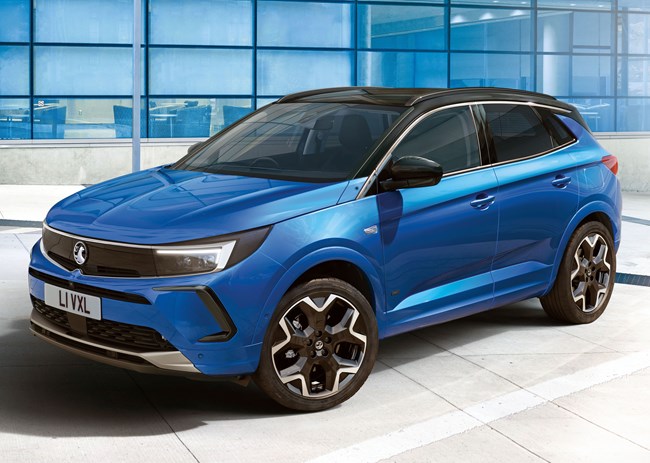 Vauxhall has revealed a facelifted version of its Grandland medium SUV.

Styling changes to the model - formerly badged as the Grandland X - include the introduction of Vauxhall's 'vizor' front-end styling arrangement, as previously seen with the new Mokka.

The Grandland will be newly-available with adaptive IntelliLux LED pixel headlights, as previously seen with the Insignia, designed to use 84 elements per headlight to adapt the light beam to the conditions without blinding oncoming traffic.

Interior updates include a new 'pure panel' cockpit concept, featuring a pair of screens - a central infotainment unit measuring up to 10in, and a 12in digital instrument display.

Newly available assistance systems include night vision, which detects pedestrians and animals in darkness at a distance of up to 100m and alerts the driver, and semi-adaptive highway integration assist, which keeps the car in the centre of its lane, maintains its distance to the car in front, and allows stop-and-go operation in traffic jams.

Full powertrain details are yet to be confirmed, but are set to include plug-in hybrid, petrol, and diesel variants.

UK deliveries of the new Grandland are scheduled to start in the autumn. Prices and specs are yet to be announced.