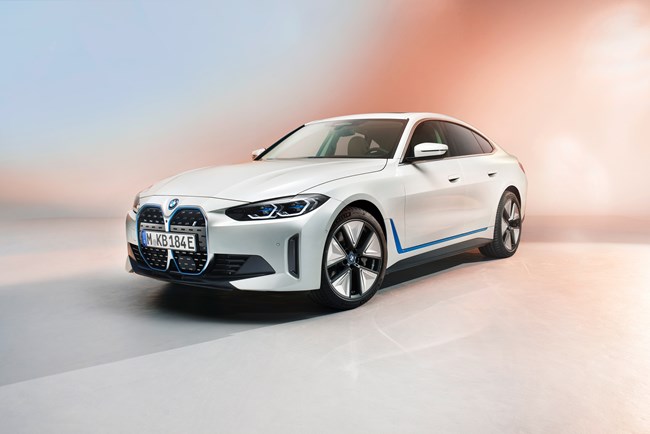 BMW has revealed its new i4 electric saloon, and also announced that the iX, its new electric SUV, will be offered with a choice of two powertrains.

The new i4, billed as a four-door Gran Coupe, is due to arrive later this year.

Full details are yet to be revealed, but BMW says different versions will have power outputs of up to 530hp, and will be able to cover ranges of up to 366 miles on the official WLTP test cycle.

As for the iX, due to launch at the end of this year, it will be available as xDrive 40 and xDrive 50 models.

The entry-level iX xDrive 40 will have an output of more than 300hp, and a predicted driving range of more than 249 miles on the WLTP cycle.

The more powerful xDrive 50 will have an output of more than 500hp, and a predicted WLTP range of more than 373 miles.