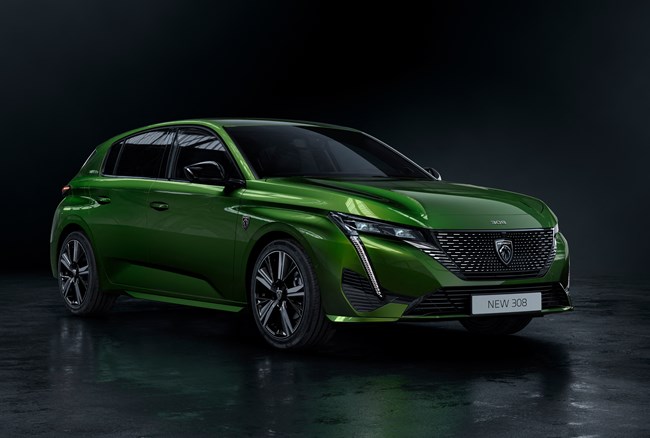 Peugeot has unveiled the new, third-generation version of its 308 lower-medium car.

The new model will be available with a choice of two plug-in hybrid powertrains, in addition to one petrol and one diesel engine.

The PHEV choices are badged Hybrid 180 - featuring a 150hp petrol engine and an 81kW electric motor - and Hybrid 225, which pairs the same motor with a 180hp engine. Both come with a 12.4kWh battery, and preliminary electric ranges on the WLTP cycle are 37 miles and 36 miles respectively, while CO2 emissions are said to be from 25g/km and 26g/km.

The petrol engine option is a 130hp 1.2-litre, while the diesel is a 130hp 1.5-litre. All powertrain options come with eight-speed automatic transmission.

Peugeot says a major feature of the new 308 is a new i-Connect infotainment system, with a 10in digital instrument cluster, and a 10in central touchscreen, the latter paired with configurable 'virtual i-toggles' on higher-spec versions, allowing shortcuts to functions such as air conditioning and radio controls.

Available driver assistance systems will include semi-automatic lane changing, anticipated speed recommendation, and curve speed adaption, the latter slowing the car according to the severity of bends in the road.

Compared with the outgoing model, the 308 features a wheelbase extended by 55mm, said to allow more space for rear seat passengers, despite an increase in overall length of 11mm. There's 412 litres of boot space, plus an extra 28 litres available under the boot floor.

The new 308 is scheduled to arrive in showrooms later this year. Full UK specs and prices are yet to be announced.