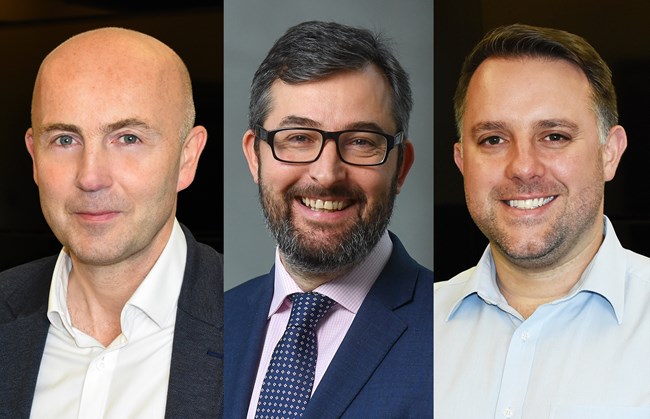 In addition, four others have joined the company's software development team.

Barton, who has joined Fleetondemand's executive board, has previously worked for companies including Stenhoj, OVO Energy, and P&G, and also spent five years as a management consultant. He will be tasked with delivering a strategy to support rapid worldwide business growth, starting with expansion in Europe.

Lamkin, who has previously held senior roles at Easyjet, Coforge, Brussels Airlines, and Telewest Business, and managed his own IT consultancy, will be focusing on the strategic development of Fleetondemand's tech platforms, including the Mobilleo app.

Fairchild, who has previously worked for Aurrigo, RDM Group and AVID Technology Group, will have responsibilities including the internationalisation of the Mobilleo and vehicle rental management platforms, and overseeing the development and launch of two new versions of Mobilleo later this year.

Fleetondemand CEO and founder Justin Whitston said: "We are pleased to welcome these new additions to the FOD family and be in a position to invest in our growing team during these uncertain times.

"With our international expansion successfully underway, we are strengthening our core leadership and product innovation teams to ensure we continue to develop world-class mobility solutions for our customers as we scale the business."