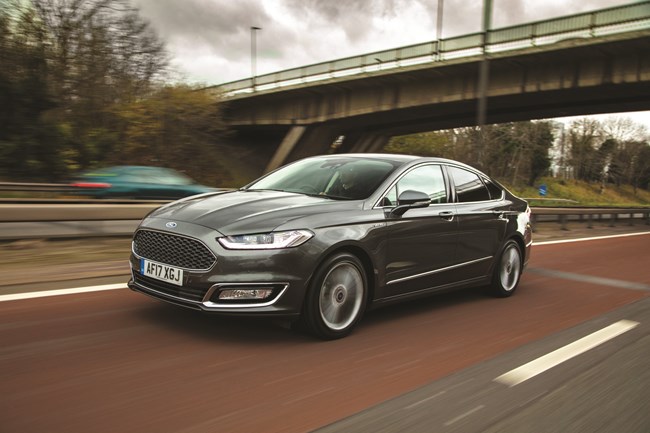 Ford is to end production of its Mondeo upper-medium car next year, it has announced.

It says the current model, built at its plant in Valencia, Spain, will not be replaced, saying reducing demand for the segment does not support the introduction of an all-electric version, which would be needed in line with Ford's planned EV rollout across its range.

A long-time fleet favourite, the Mondeo has spanned five generations since it was first launched in 1993, with around five million vehicles sold in Europe.

The end of production is scheduled for March 2022.

Among the contributing customer trends, Ford has noted that 39% of its European car sales in 2020 were SUVs and crossovers, an 8% increase on the previous year, and that interest in electrification is increasing, with more than 50% of Kuga SUV buyers choosing a plug-in hybrid.

Despite the Mondeo's demise, Ford says production of its other large non-SUVs in Europe, the Galaxy and S-Max MPVs, will continue.

Ford recently introduced the Mustang Mach-E, its first mainstream EV, and says its first European-built volume EV will arrive in 2023.

It says its whole range will be made up of EVs and plug-in hybrids by mid-2026, with a fully electric range by 2030.

The axing of the Mondeo has been announced along with new plans for the Valencia factory where it is made, which will now produce Ford's 2.5-litre Duratec hybrid engine, which powers the Kuga PHEV, and Kuga, Galaxy, and S-Max hybrids. The factory will also get extra funding for battery pack production.