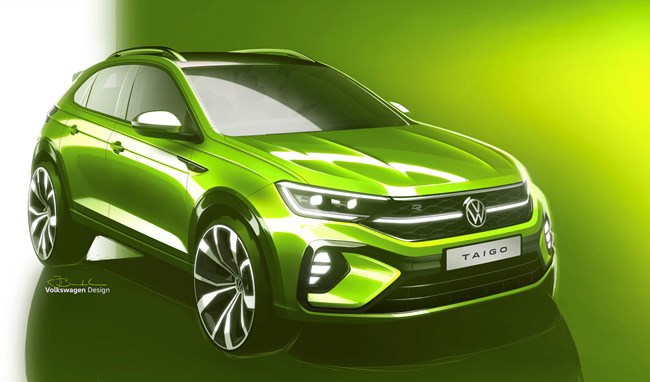 Volkswagen has revealed a preview image of the Taigo, a new small SUV-coupe set to arrive in Europe later this year.

The model is based on the Nivus, a car made by VW in Brazil.

The firm bills the Taigo as blending the elevated seating position of an SUV with coupe styling.

Full details are yet to be announced, but VW says the model will come with petrol engines, and have LED headlights as standard.

A fully digital cockpit will also be offered, along with a range of driver assistance systems.

The Taigo will debut in its final form this summer, and go on sale in Europe at the end of the year. A VW spokesperson said a UK launch was expected in early 2022.