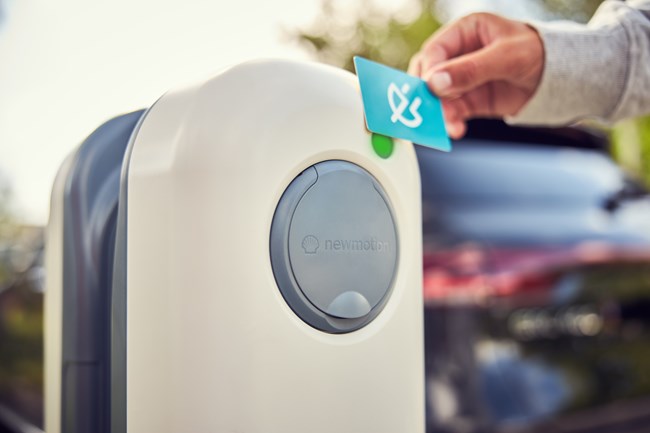 UK EV drivers are more financially motivated than those from other European countries, making government incentives for adoption more necessary, according to charging firm Newmotion.

The company has released findings from a survey of more than 10,000 European EV drivers, including more than 500 from the UK.

Discussing the survey's findings, Newmotion regional manager for the UK and Nordics Alan McCleave said: "UK drivers didn't see the environment as [being] as important as the other countries, but they did see saving money as being higher on the priority list, and I think, heading up the UK and Nordics, that's something I would say we do see.

"I think there is a cultural difference in terms of UK drivers versus the likes of the Nordic countries and the Netherlands, who I think have the environment higher up their priority list."

When asked by Business Car if this more financially-focused mindset for UK EV drivers made lower tax and other government incentives more important here, McCleave said: "Yes, I think they are. Whether it's a true reflection of British people or not I don't know, but it almost feels like at times there has to be that financial incentive there for people to go 'OK, that's for me'."

McCleave said he thought the very low company car BIK tax rate for EVs (0% last year, 1% now) had attracted some drivers who would not normally have been among the first to a new technology.

He said: "I think the company car tax changes, in an early adopter phase, have brought some people forward, because we have definitely noticed the types of questions that we have been getting in the past 12 months have changed.

"Early adopters tend to do their homework, they know what they are getting involved with, whereas I would say those financial incentives bring forward that decision for certain people, and I think what we are starting to see is that mass market [driver] who perhaps haven't done as much research in terms of what it means for them, it's just as far as they're concerned it's 'massive tax saving, got to do that'."

Discussing some of the survey's other findings, McCleave said the finding that 38% of EV drivers had access to charging at work was "critical for the UK in particular".

He said: "40% of the UK population doesn't have off-street parking, so they don't have an easy way to get charging at home.

"Workplace [charging] is one key way of helping those people out and giving them that ability to adopt EVs."

The survey also found that the situation of UK drivers needing lots of different cards to access public charging networks was becoming rarer, with only 5% now needing four or more cards.

McCleave said: "Roaming is a thing in Europe, whereby you can have one card and then go and use most of the networks. In the UK, until probably the summer of 2019, we were still in a very non-integrated position.

"Now, we have a roaming partnership with 19 different networks, so hopefully we are seeing people not needing as many charge cards. And obviously more rapid chargers where people can just use contactless, certainly on the modern ones.

"That should be a continued trend - I think the UK will move towards full roaming or interoperability."

Among the survey's other findings from the UK were that 64% of EV drivers thought smart charging was key for further adoption, and 43% said increased availability of public chargers would improve the charging experience.

Newmotion CEO Melanie Lane said: "In this year's EV Driver Survey, a new profile of EV driver has emerged. These drivers believe that e-mobility is the future, but better access to charging infrastructure remains crucial for the next stage of EV adoption.

"We're pleased to see that there is a high willingness for smart charging, since this plays an important role in making the switch to electric."