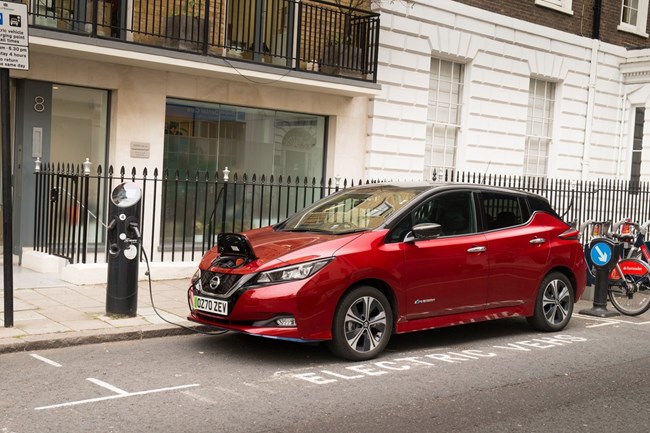 Drivers of EVs travel further each year on average than drivers of petrol or diesel cars, according to a survey by Nissan.

It said a survey of European drivers found that those with EVs were averaging more than 8,800 miles annually, compared with 8,450 miles for ICE drivers.

In addition, Nissan said its survey found that 70% of EV drivers said their experience of battery range had been better than expected, while 69% of EV drivers were happy with the current level of charging infrastructure availability.

Nissan AMIEO region vice president for product strategy and pricing Arnaud Charpentier said: "This research reiterates that electric driving is not only a smart option beneficial to the environment but also a fun, exciting and convenient choice for the owners.

"It is no surprise that people now drive EV further than ICE cars. We are confident that with more electric vehicles on the road dispelling myths, range anxiety will soon be in the past."

The research found that despite the positivity of EV drivers, ICE drivers still had concerns about range, with 58% saying it would be their biggest concern about switching.

It found that 38% of ICE drivers thought greater range would be the biggest incentive for them to go electric, while 32% said ease of charging, and 30% wanted better charging infrastructure.

It also found 56% of ICE drivers who were not considering an EV said they did not think there were enough charge points, and the same percentage thought they were more expensive than petrol or diesel models.

When asked for the biggest myths about EV driving, 31% of EV drivers named the vehicles being expensive to buy, while 30% said charging time and 28% said the risk of running out of charge.