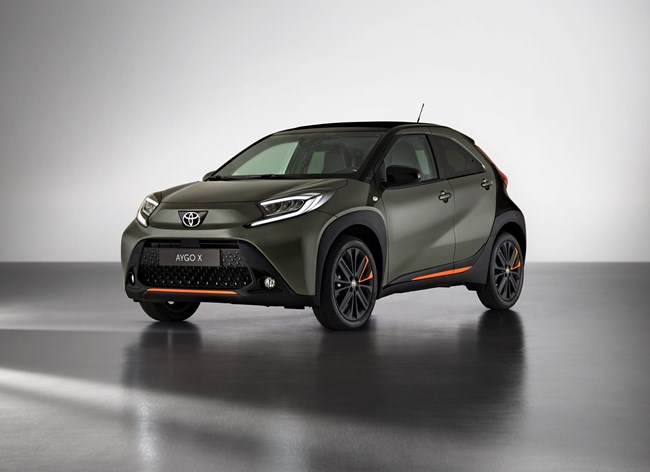 Toyota has unveiled the Aygo X, a new crossover replacement for its Aygo city car.

Based on the same platform as the Yaris supermini and Yaris Cross SUV, the new model is 235mm longer, 125mm wider and 50mm taller than its predecessor, while ground clearance is up by 11mm.

The driver sits 55mm higher than before, while boot capacity is up by 60 litres to 231 litres.

The Aygo X will come with a 1.0-litre, 72hp petrol engine, with targeted fuel economy and emissions figures of 60mpg and 109g/km respectively.

The Aygo X will go on sale next year. Prices are yet to be announced.