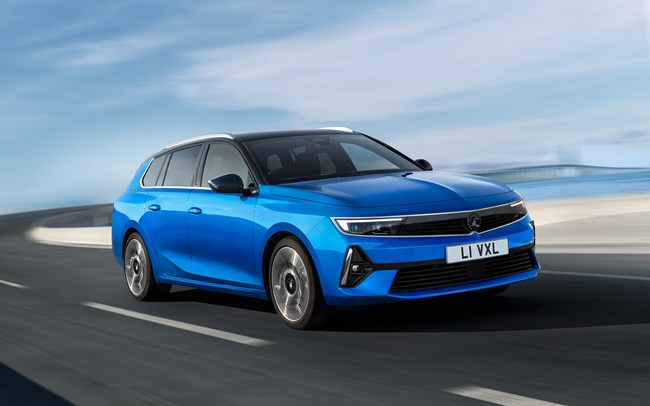 To be sold alongside the hatchback revealed earlier this year, the Sports Tourer will offer up to 608 litres of boot space with the rear seats in place, and 1,634 litres when they are folded.

Unlike with the hatch, Vauxhall has not announced any plans for a fully-electric Sports Tourer, however the variant will be available from launch as a plug-in hybrid, alongside petrol and diesel versions.

Full technical details are yet to be announced, but Vauxhall says the PHEV will have up to 225hp, while the petrol and diesel versions will produce 110-130hp.

As with the hatch, the Sports Tourer will come with Vauxhall's new 'Vizor' front-end styling arrangement, with LED headlights, while the interior will feature a 10in driver instrument display alongside a 10in infotainment touchscreen.

Orders for the new Astra Sports Tourer will open early next year, with the first deliveries scheduled for early summer. UK specs and prices are yet to be announced.