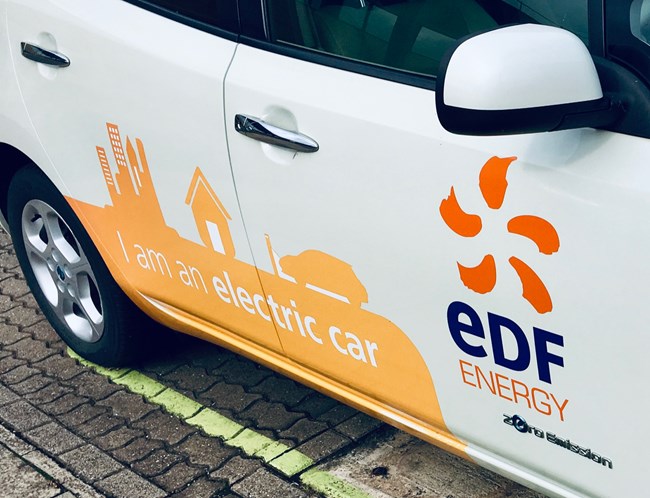 EDF has already introduced a policy last year offering a range of EVs and plug-in hybrids, but has now launched the 'EV First' campaign to encourage employees to seriously consider pure EVs at their first replacement opportunity.

Fleet transport manager Paul Limbrick said: "We could have met our EV100 commitment [all-EV by 2030] simply by continuing with the new choice list, but after its introduction, EDF introduced a new company purpose, 'Helping Britain to achieve net zero', while the government also stated that accelerating the shift to zero emissions vehicles was part of its new plan for a green industrial revolution, so we decided to go a step further.

"EV First is designed to highlight the advantages of choosing an EV over a PHEV, from both a driver BIK taxation and an environmental point of view. We have produced a range of material for drivers, making the benefits as clear as possible, including information about improved EV ranges and the growth of the charging network, including workplace facilities at EDF locations."

Limbrick said that since the new choice list was introduced last year, plug-in hybrid adoption had been slightly ahead of EVs, but he now expected adoption to skew more towards EVs.

He continued: "Reaction from our drivers to their EV and PHEV choices has been very good. They are enthusiastic about the vehicles and they certainly appreciate the savings that are possible from reducing their BIK, which for some drivers equates to thousands of pounds every year."

EDF is also benefitting from Arval's 'One EV for one tree' scheme, committing to plant a tree for every EV added to the fleet.

Limbrick said: "It's a really good initiative and, in addition to achieving our own electrification commitment and company purpose, it's satisfying to know that Arval is very much on the same page as EDF from a corporate social responsibility perspective."

Arval UK commercial director Paul Hyne said: "Our team has been working collaboratively with EDF for the last four years, providing advice to support the company's objectives and their journey to zero emission mobility.

"We've shaped the construction of the new low-emissions choice list together, as well everything from helping create new policy documents to providing support to the EV First initiative.

"It's a long-term partnership which will ensure that EDF is several steps ahead of the 2030 ban on petrol and diesel engines."