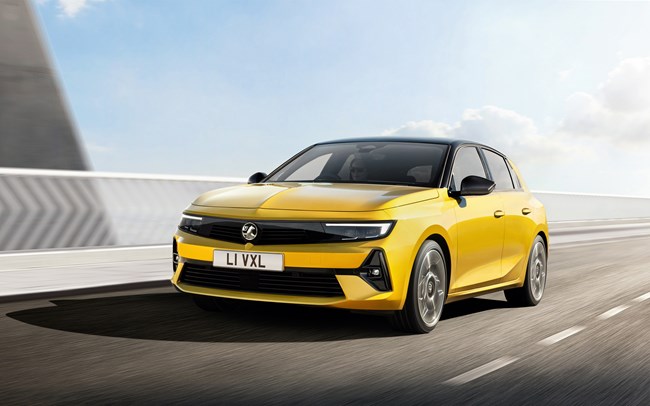 Vauxhall has confirmed that its upcoming new Astra lower-medium car will be made available as a pure EV.

It says the Astra-E variant will join the range in 2023, alongside petrol, diesel, and plug-in hybrid versions, which will open for order next month.

Vauxhall has yet to announce powertrain details for the Astra-E, but it will join the electric Corsa-E and Mokka-E in the brand's range.

As for the launch powertrains, Vauxhall says that 225hp and 180hp plug-in hybrids will both offer official WLTP fuel economy of 201.8-256.8mpg, and CO2 emissions of 24-31g/km, with electric driving ranges of up to around 35 miles.

Also available will be 110hp and 130hp petrol engines, and a 130hp diesel - the 110hp engine with manual transmission, and the 130hp engines with either manual or automatic transmission.

As previously announced, features of the new Astra will include two 10in screens, and LED pixel lighting.

Other technology will include adaptive cruise control with semi-autonomous lane changing, and a head-up display.

The first deliveries of the new Astra, as a hatchback, will be early next year, with a Sport Tourer estate version to follow later in 2022. UK specs and prices are yet to be announced.